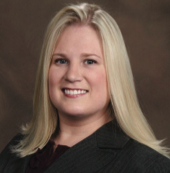 A new indication was granted to Revlimid (lenalidomide; Celgene) on June 5, 2013, when the FDA approved its use in mantle cell lymphoma (MCL) in patients whose disease has relapsed or progressed after 2 prior therapies, 1 of which included bortezomib. It is given orally once daily for 21 days out of a 28-day cycle. Revlimid is only available through a restricted distribution program in conjunction with a risk evaluation and mitigation strategy (REMS) due to potential for embryo-fetal risk.2

Gazyva (obinutuzumab; Genentech) was approved on November 1, 2013, for use in combination with chlorambucil for the treatment of patients with previously untreated chronic lymphocytic leukemia. Gazyva is the first CD20-directed cytolytic antibody to be approved in the United States and is administered as an intravenous infusion.3,4

On November 13, 2013, Imbruvica (ibrutinib; Pharmacyclics) was approved to treat patients with MCL who have received at least 1 prior therapy. Imbruvica is an inhibitor of Bruton’s tyrosine kinase and is dosed as 560 mg (four 140-mg capsules) taken orally once daily with a glass of water.5,6

Sustiva (efavirenz; Bristol-Myers Squibb) was granted an expanded patient population on May 3, 2013, when the FDA approved a supplemental new drug application that included dosing recommendations for HIV-1–infected pediatric patients aged 3 months to 3 years and weighing at least 3.5 kilograms. As part of the approval for this pediatric population, a once-daily option is available that includes capsule sprinkle administration for those who cannot swallow capsules or tablets. Sustiva was previously approved in the United States in 1998 to treat HIV-1–infected adults and children 3 years or older and weighing at least 10 kg.7

On August 12, 2013, the FDA approved Tivicay (dolutegravir; GlaxoSmithKline), a new antiretroviral agent to treat HIV-1 infection. Tivicay is an integrase strand transfer inhibitor (INSTI) which interferes with an enzyme necessary for HIV replication and must be taken daily in combination with other antiretroviral drugs. The FDA approved Tivicay for treatment-naïve HIV-infected adults and treatment-experienced HIV-infected adults including those previously treated with other INSTIs, as well as for a pediatric indication in treatment-naïve or treatment-experienced children 12 years and older weighing at least 40 kg who have not had a previous exposure to INSTIs. Dosing is dependent on patient-specific parameters and begins at 50 mg once daily with or without food.8,9

On December 6, 2013, the FDA approved Sovaldi (sofosbuvir; Gilead) as another new option to treat HCV. Sovaldi is an HCV nucleotide analogue NS5B polymerase inhibitor indicated for the treatment of chronic HCV infection as a component of a combination antiviral treatment regimen. Sovaldi has demonstrated efficacy in patients with HCV genotype 1, 2, 3, or 4 infection and is given as one 400-mg tablet once daily with or without food. Sovaldi should be used in combination with ribavirin or in combination with pegylated interferon plus ribavirin. The recommended combination and duration of therapy is dependent on the genotype of the virus and the prescribing information should be consulted for specific details.12,13

11332
New Specialty Drugs
In 2013, many new medications and new indications were approved.
/publications/issue/2014/March2014/New-Specialty-Drugs