Young Adults with Hepatitis C Virus on the Rise in California

New cases of hepatitis C virus increased among young men by 55% in 2015.

The California Department of Public Health (CDPH) recently reported an uptick in new cases of hepatitis C virus (HCV) among younger state residents. Between 2007 and 2015, new cases of HCV skyrocketed 55% among men aged between 20 and 29 years and increased 37% among women in the same age range, according to the analysis.

These findings are in line with the increases in HCV prevalence observed throughout the country, largely due to injection drug use. The study underscores the need for testing, treatment, and prevention of new infections.

Prevention strategies, especially those that provide access to sterile syringes, and treatment for opioid misuse disorder can lower the rate of new cases of HCV among young adults who inject drugs by 60%, according to the study.

"As a physician, I have seen firsthand the deadly effects of hepatitis C. Patients with advanced liver disease may not know they are infected until it's too late," said Karen Smith, MD, MPH, director at CDPH, state public health officer. “However, this is preventable. New treatments can cure hepatitis C in as little as 2 months. I urge people to speak with their doctors about getting tested."

More than 400,000 Californians have HCV, but many are unaware of the infection, which significantly slows treatment uptake. The CDPH reports that HCV-related deaths outnumber deaths from HIV.

Recently, the FDA approved ledipasvir and sofosbuvir (Harvoni) and sofosbuvir (Sovaldi) for use among children aged 12 years and older. This approval will likely increase treatment among younger patients with HCV.

While Californians aged 20 to 29 years are accounting for a larger portion of new HCV infections, baby boomers make up 1 out of every 2 new cases, according to the analysis.

The CDPH is now advising all residents who have injected drugs and those who were born between 1945 and 1965 to get tested for HCV. Patients who receive a positive result should seek care from a healthcare provider and immediately start treatment.

To combat the increasing number of younger adults with HCV, the department is monitoring HCV trending, creating data reports, educating healthcare providers, and supporting testing and care for at-risk populations, according to the CDPH.

The department also looks positively on non-traditional approaches to HCV and HIV testing, such as mobile health vans.

Additionally, $2.2 million was allocated to multiple programs aimed at increasing HCV awareness, testing, and treatment among Californians, according to the CDPH. 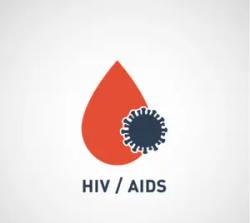