The FDA has approved Shire's Vyvanse for the treatment of moderate to severe binge eating disorder. 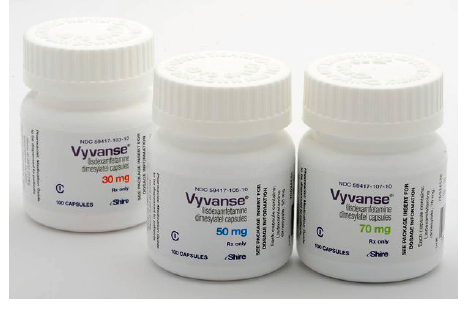 The FDA has approved Shire’s Vyvanse (lisdexamfetamine dimesylate) Capsules (CII) for the treatment of moderate to severe binge eating disorder (BED). The approval carries the limitation, however, that Vyvanse is not indicated for weight loss: not only is it a sympathomimetic drug, but its safety and effectiveness as a treatment for obesity have not been established. In addition, the use of other sympathomimetic agents for weight loss has been associated with serious cardiovascular adverse events (AEs).1

BED, which occurs in both women and men, is defined as recurring episodes (once or more per week for at least 3 months) of consuming a large amount of food in a short time. Patients usually report associated lack of control, shame, and guilt. It is the most common eating disorder—more so than anorexia and bulimia combined2—in the United States, with an estimated 2.8 million people affected. Vyvanse was initially approved in 2007 for the treatment of attention-deficit/ hyperactivity disorder.1 It is the first medication approved for the treatment of BED.3

Lisdexamfetamine is a prodrug of dextroamphetamine. Amphetamines block the reuptake of norepinephrine and dopamine into the presynaptic neuron and increase the release of these monoamines into the extraneuronal space.1

The efficacy of Vyvanse in the treatment of BED was evaluated in two 12-week, randomized, double-blind, multicenter, parallel-group, placebo- controlled, dose-optimization studies in adults aged 18 to 55 years who had moderate to severe BED. The primary efficacy outcome for the 2 studies was the change from baseline in the number of binge days per week.

In both studies, patients using Vyvanse 50 or 70 mg daily had a statistically significant greater reduction from baseline in the mean number of binge days per week. The Vyvanse group also demonstrated greater improvement across key secondary outcomes, including a higher proportion of patients who showed improvement on the Clinical Global Impressions-Improvement ratings scale, a higher proportion of patients with 4-week binge cessation, and a greater reduction in the Yale-Brown Obsessive Compulsive Scale Modified for Binge Eating total score. Patients with current anorexia or bulimia nervosa, current comorbid psychiatric disorder, and cardiovascular risk factors (other than obesity and smoking) were excluded from the studies.1,2

Vyvanse carries a boxed warning regarding the high potential for abuse and dependence with central nervous system stimulants. The risk of abuse should be assessed prior to prescribing, and physicians should monitor for signs and symptoms of abuse and dependence throughout treatment. Patients should also be evaluated for bipolar disorder before beginning treatment.

Vyvanse is contraindicated in patients with a known hypersensitivity to amphetamine products or other ingredients in Vyvanse and in patients using monoamine oxidase inhibitors (MOIs) or within 14 days of the last dose of an MOI. Stimulant use is associated with peripheral vasculopathy, including Raynaud’s phenomenon. Agents that alter urinary pH can alter amphetamine blood levels: acidifying agents can decrease levels, while alkalinizing agents can increase levels.

Vyvanse is Pregnancy Category C. It should not be used during breastfeeding. It has not been studied in patients younger than 18 years for the indication of BED. The most common AEs in adults with BED (≥5%) were dry mouth, insomnia, decreased appetite, increased heart rate, constipation, feeling jittery, and anxiety.1

Dr. Holmberg earned her PharmD from the University of Connecticut and completed an ambulatory care residency at the Phoenix VA Healthcare System. Her practice has also included pediatrics and inpatient mental health. She resides in Phoenix, Arizona.