Independent verification of drug doses can prevent mix-ups and misinterpretation.

Independent verification of drug doses can prevent mix-ups and misinterpretation.

Chemotherapy mix-up between eribulin and epirubicin.

An order for the antimicrotubular antineoplastic agent “eribulin” (eribulin mesylate, HALAVEN) was misinterpreted by a pharmacist and entered into the computer system as epirubicin, an anthracycline antineoplastic agent. Fortunately, the error was detected by a nurse when comparing the pharmacy label to the original order, and the patient did not receive the wrong drug.

Both drugs are associated with breast cancer treatment. Eribulin mesylate injection was approved in November 2010 for treatment of metastatic breast cancer in patients who have received at least 2 prior chemotherapy regimens that included an anthracycline and a taxane. The names above are similar enough to warrant proactive measures to prevent look-alike or sound-alike mixups. The hospital is now applying tall man lettering and adding the salt “mesylate” to the eribulin listing in its computer systems to prevent similar errors. The drugs are now listed as eriBULin mesylate injection and epiRUBICIN injection, although the Institute for Safe Medication Practices (ISMP) would recommend EPIrubicin to prevent confusion with other anthracycline antineoplastics. A pharmacist should verify and independently recalculate the dose of any antineoplastic agent before dispensing it. In this case, the typical dosing is very different and should have prompted a call to the prescriber for verification.

The dosing for epirubicin is 60 to 120 mg/m2 depending on the type of therapy the patient is receiving. The recommended dose for eribulin is 1.4 mg/m2. Incidentally, the person who reported this event mentioned that similar close calls had occurred previously in the pharmacy but were never reported through the hospital’s internal error reporting process and, therefore, no steps were taken to prevent future mix-ups. Perhaps if previous episodes had been reported and addressed, the recent changes would have occurred earlier, thus preventing this latest incident. If both drugs are available in your organization, please consider this hospital’s experience and take proactive steps, such as utilizing tall man lettering, to prevent a similar occurrence.

Drug Names that end with the letter “L.”

A nurse transcribed an order for lisinopril 2.5 mg PO daily for a patient who was transitioning from the emergency department (ED) to an inpatient area by copying the prescriber’s orders that were previously on hold. However, the nurse read the dose as 12.5 mg PO daily (Figure), seeing the final “L” in lisinopril as the number 1. Usually, the attending physicians who admit patients from the ED at this hospital ask the nurses for an assessment of the patient’s condition, medications, diagnostic tests, and other clinical features, and then they generally order the continuation of the medications, which have been written pending the patient’s admission. In reality, nurses rarely read back all of these medication orders, which is probably why the mistake was not recognized.

The patient received several incorrect doses and eventually developed hypotension, which required special monitoring. Drug names that end with the letter “L” have occasionally been the subject of overdoses reported to ISMP. ISMP’s List of Error-Prone Abbreviations, Symbols, and Dose Designations (www.ismp.org/Tools/errorproneabbreviations.pdf) mentions this problem. Please advise prescribers to leave sufficient space between the numeric dose and the drug name, and to ensure that the last letter of the drug name is not separated from the rest of the drug name by an unnecessary space (as seen in the Figure). This recommendation also applies to electronic prescribing and standard order sets since errors can occur if sufficient space is not provided between the drug name and strength (eg, lisinopril 2.5 mg). 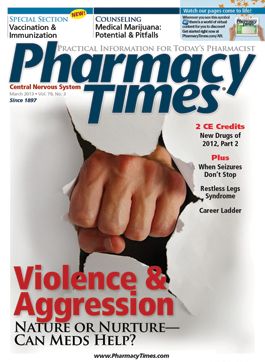