The Dangers of Topical Corticosteroid Use for Skin Conditions

Conflicting opinions exist between the National Eczema Association and ITSAN about the safety of topical corticosteroids.

Topical corticosteroids (TCS) can be used for a variety of skin conditions, including eczema. TCS works with the body to reduce inflammation and are related to the corticosteroids made by the adrenal glands. This treatment has been described by the National Eczema Association as effective.

Though the creams can clear up eczema, they can also cause topical steroid addiction. This addiction is caused by prolonged, frequent, and inappropriate use of TCS of moderate-to-high potency.

Redness, burning, and stinging are typically seen within days or weeks of discontinuation, according to the National Eczema Association.

However, many patients have much more intense symptoms than that, as documented by the testimonials and interviews on ITSAN, an organization with a focus on raising awareness about red skin syndrome (RSS), which is another name for topical steroid addiction (TSA) and topical steroid withdrawal (TSW).

Certain testimonials, such as one about an infant identified as Isaiah, do not indicate prolonged use of TCS. Isaiah started TSW after using Cortizone 10 and Aveeno Hydrocortisone approximately 10 times over 2 months.

The child was admitted for extended hospital stays where he received days of prescription topical steroids and systemic steroids through an IV. According to the testimonial, his skin began to ooze fluid and was covered in itchy lesions. His recovery took approximately 18 months for such a short use of TCS.

Another child identified as Leslie also started using Hydrocortisone, but once her eczema started spreading she was prescribed Prednisone and Clobatesol.

According to her testimonial, she experienced violent chills, redness, burning, oozing, and her skin flaked off. It was also reported that her hair fell out in chunks during withdrawal. It took her 22 months to recover fully.

ITSAN states that there is no proven method of treatment that can cure RSS. However, a physician can help in regards to comfort measures, infection prevention, pain and itch management, anxiety therapy, sleep aids, immunosuppressants, or other needed interventions.

The National Eczema Association advises adhering to a treatment plan created by a patient’s dermatologist, but many patients do so and still face months or years of pain due to TCS. 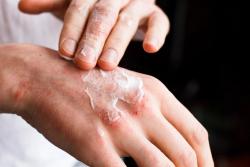 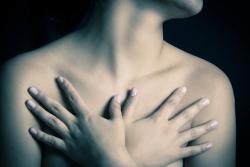