College students with irritable bowel syndrome (IBS) symptoms experience higher levels of mental strain and chronic stress than their peers without IBS symptoms, according to a study published online on May 30, 2013, in Gastroenterology Research and Practice.

The researchers recruited 176 German university students with IBS-like symptoms and 181 students without symptoms. (Only 2 participants reported physician-diagnosed IBS.) Participants completed an Internet-based survey about stress, and their answers were analyzed for severity of chronic stress and IBS symptoms. Researchers also collected and assessed data on participants’ use of health care.

Students who reported IBS symptoms experienced significantly greater levels of chronic stress compared with those who did not. Nearly 40% of those in the IBS group reached clinically relevant stress values, compared with 20% of those without IBS symptoms. As severity of IBS symptoms increased, stress levels also tended to increase. The stress factors that had the strongest association with IBS symptoms were somatization, anxiety, work overload, social tension, and job dissatisfaction.

No difference in stress levels was found between students with IBS symptoms who frequently consulted a physician and those who did not. However, those who visited a physician experienced more severe symptoms. 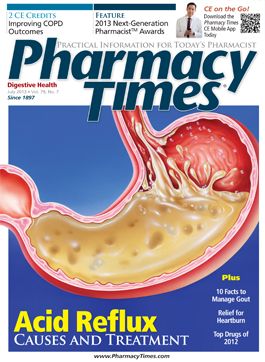