This article was sponsored by Ironshore Pharmaceuticals Inc.

Attention Deficit Hyperactivity Disorder (ADHD) is a common neuropsychiatric disorder with increasing prevalence of diagnosis in children and adolescents.1,2 It is marked by behavioral symptoms that interfere with functioning or development, such as inattention, restlessness, disruptiveness, impulsivity, noncompliance to instruction, and disorganization.3 The early-morning routine is especially challenging for patients with ADHD as symptoms can impair the ability to perform activities during the period between waking up and the time they leave for school.4,5 In 2 independent, internet-based surveys, more than 75% of caregivers of children with ADHD rated the severity of their child’s early-morning functioning impairment as moderate-to-severe.4,5

Stimulant medications are available to help control ADHD symptoms, and are offered in a variety of formulations.4 Immediate-release (IR) formulations are designed to last approximately 3 to 4 hours after dosing, and often require 2 to 3 daily doses to provide coverage throughout the day.4,6,7 Longer-acting, extended-release (ER) medications are typically dosed once daily in the early morning to control symptoms during the in-school and after-school hours.4,6 The initial onset of action for ER medications may require up to 2 hours, and therefore, caregivers may try to adjust medication dosing schedules in an effort to achieve early-morning symptom coverage.4,6

Innovative treatment options that provide therapeutic drug levels during the early morning are important to help address functional impairments among children and adolescents with ADHD during these critical hours. Pharmacists have a key role in working with patients, caregivers, and health care providers to increase awareness of current treatment options, such as JORNAY PM™ (methylphenidate hydrochloride [HCl] extended-release capsules), to control ADHD symptoms that occur during the early-morning hours.

JORNAY PM is a central nervous system (CNS) stimulant indicated for the treatment of ADHD in patients 6 years and older.8 It is the first and only stimulant medication for ADHD that is dosed in the evening.

Please see additional Important Safety Information for JORNAY PM, at the end of this article.

Each capsule of JORNAY PM contains hundreds of microbeads, and each microbead has the following composition9,10:

The clinical efficacy and safety of JORNAY PM was evaluated in two phase 3, multicenter, randomized, double-blind, placebo-controlled studies of pediatric patients aged 6 to 12 years with a diagnosis of ADHD based on criteria in the Diagnostic and Statistical Manual of Mental Disorders, Fifth Edition.8,11,12 ADHD symptoms were evaluated using 5 validated assessment tools, of which 3 were novel rating scales evaluating ADHD symptoms during the early-morning routine and evening and were validated specifically for the JORNAY PM clinical trials.13,14 As shown in the

, treatment with JORNAY PM resulted in significant reduction of ADHD symptoms compared with placebo. Improvements in ADHD symptoms were observed between the hours of 6 AM to 9 AM, and these improvements lasted throughout the rest of the day.8,11,12 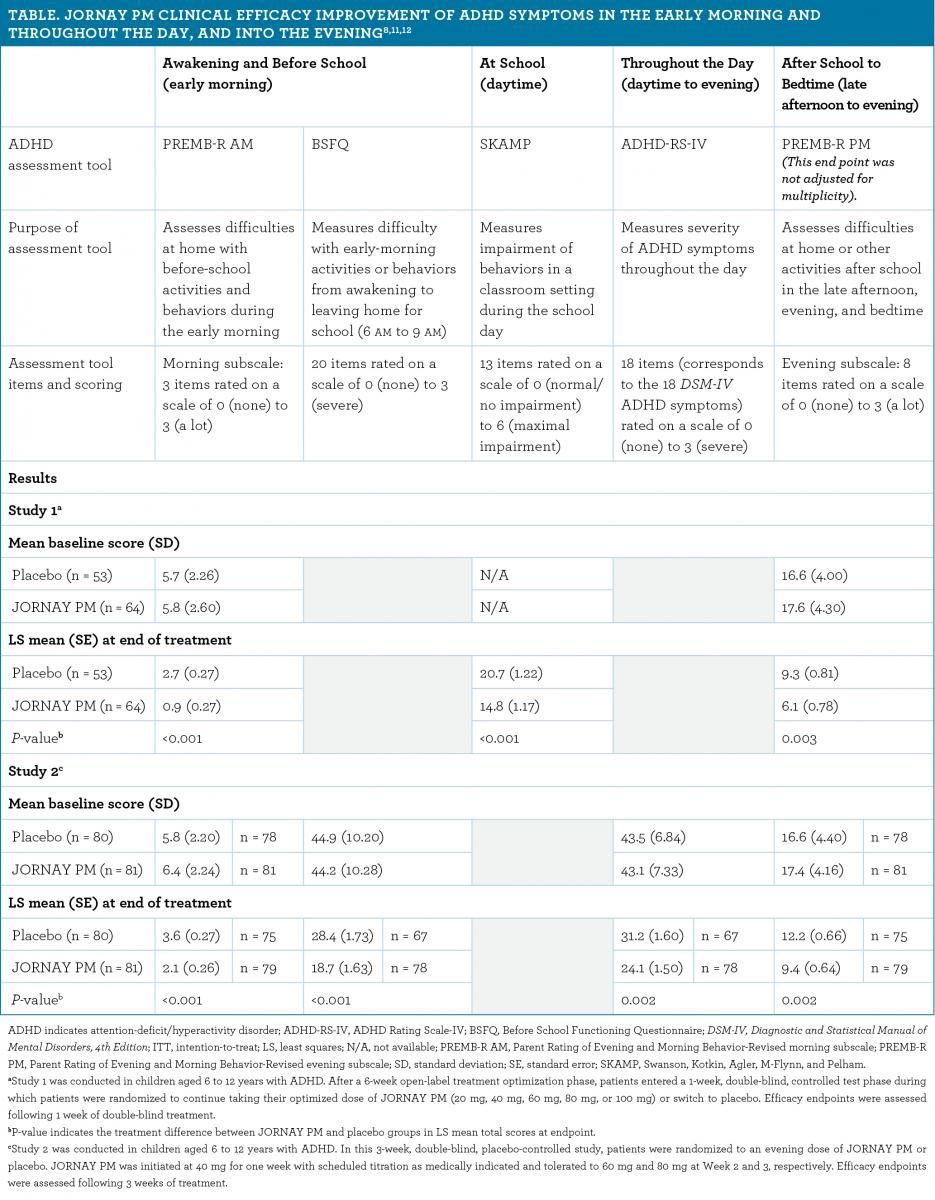 ROLE OF THE PHARMACIST

Pharmacists have an important role in counseling patients and their caregivers regarding the dosing and administration of JORNAY PM.

JORNAY PM should be taken orally once daily at the same time each evening and should not be taken in the morning. JORNAY PM is available in 5 dose strengths (20-mg, 40-mg, 60-mg, 80-mg, and 100-mg capsules) with different physical distinguishing features. The recommended starting dose of JORNAY PM for patients 6 years and older is 20 mg once daily at 8 PM. The timing of administration can be adjusted between 6:30 PM and 9:30 PM to optimize tolerability and efficacy the next morning and throughout the day. The dosage may be titrated weekly in increments of 20 mg to the desired therapeutic effect, up to a maximum dose of 100 mg daily. Daily doses above 100 mg have not been studied and are not recommended. Following determination of the optimal administration time, advise patients to take their dose at approximately the same time each evening.8

JORNAY PM may be taken without regard to meals; however, patients should be advised to take each dose the same way— either always with food or always without food. JORNAY PM capsules may be swallowed whole, or the capsules may be opened and sprinkled onto applesauce. As the dose of a single capsule should not be divided, advise caregivers who are using the sprinkled administration method that the contents of the entire capsule should be sprinkled onto the applesauce and taken immediately. The mixture cannot be stored, and the patient must swallow the mixture right away without chewing.8 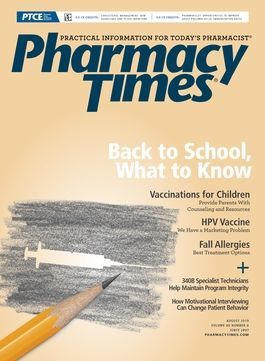