PCSK9 variants that lower cholesterol found to increase the risk of type 2 diabetes.

Statins have been long used to lower LDL cholesterol levels in patients to reduce the risk of developing heart disease. However, newer studies show that statins may actually increase the risk of type 2 diabetes, hyperglycemia, and increased weight.

Findings from genetic studies of HMG-CoA reductase (HMGCR), which encodes the statin target, suggest these increased risks are mechanism-based. Other studies have found a more casual link between lower LDL cholesterol and an elevated risk of diabetes. Mutations in the PCSK9 gene have also been seen to reduce cholesterol levels and protect against heart disease.

Novel PCSK9 inhibitors have demonstrated the ability to lower cholesterol up to 70%, with preliminary evidence that these drugs also reduce the risk of heart disease and mortality. Although findings from heart disease-related studies may be available soon, data on diabetes risk related to these drugs will likely not be announced for some time.

In a study published by The Lancet Diabetes & Endocrinology, the authors used mendelian randomization for drug target validation. Specifically, the investigators analyzed genetic variants of PCSK9 with glycemia markers, weight, and risk of diabetes to determine the effects of PCSK9 inhibitors.

While another study implicated a link between a single nucleotide polymorphism (SNP) in PCSK9 with diabetes, the authors set out to confirm an increased risk of diabetes through PCSK9 variation, and to discover the underlying mechanisms.

Included in the study were data gathered from multiple clinical trials that included more than 550,000 individuals, of whom 51,623 had type 2 diabetes. Information regarding LDL cholesterol, insulin, glucose, HbA1C insulin resistance and secretion, body weight, height, body mass index, waist-to-hit ration, and diabetes incidence were included for all participants.

While the PCSK9 variants were seen to lower cholesterol levels, the investigators found that they also increased the risk of developing diabetes, glucose levels, body weight, and waist-to-hip ratio. However, it was not seen to affect fasting insulin, and did not significantly affect body mass index of HbA1C.

These findings are in line with previous studies that have linked the HMGCR gene and statins, but the risks do not outweigh the benefits of this treatment.

The authors reported discovering an additive effect across the SNPs, while they hypothesize there is an unobserved non-additive effect that explains the association with fasting glucose and HbA1C levels, but fasting insulin was unaffected, according to the study.

Overall, the researchers discovered that PCSK9 variants increase the risk of developing type 2 diabetes, hyperglycemia, and increased body weight. These findings could also be associated with PCSK9 inhibitors.

Ongoing and future clinical trials of PCSK9 inhibitors should keep these factors in mind, and monitor patients’ metabolic markers, glycaemia, weight, and diabetes, the study concluded. 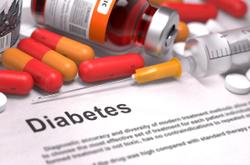