Factors other than race or ethnicity influence outcomes in multiple myeloma.

Findings from a recent study suggest that socioeconomic factors could potentially play more of a role in the survival of patients with multiple myeloma than race or ethnicity.

Recently, advances in multiple myeloma treatments have improved survival among young, white patients, but have not impacted the survival of patients of other ethnicities. The researchers suggest that socioeconomic differences explain this discrepancy rather than race, according to a study published by Cancer.

Included in the study were more than 10,000 patients with multiple myeloma, younger than 65-years-old. It was discovered that adverse socioeconomic factors, such as marital status, income, and insurance status, affected patient survival.

The 4-year estimated survival was 71.1%, 63.2%, 53.4%, and 46.5% for patients with 0, 1, 2, or 3 adverse sociodemographic factors, respectively. A married patient living in a medium-to-high income county who had private insurance was 25% more likely to be alive after 4 years than an unmarried patient who lived in a low-income county and was enrolled in Medicaid, the researchers found.

“This finding strongly suggests that there is a huge disparity in outcomes that could potentially be overcome by improving access and affordability of treatments,” said lead researcher Luciano Costa, MD, PhD. “With the recent emphasis on comparative effectiveness in oncology, it also becomes crucial that all variables affecting outcomes - including sociodemographic factors - are accounted for when comparisons between different therapeutic approaches and health care systems are made.” 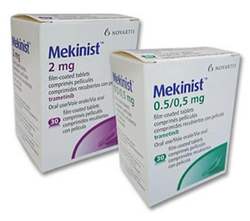