A recent study was able to identify the region of the brain where executive functioning takes place due to the brain of a unique patient with dys-executive syndrome.

Executive functions encompass a variety of higher order cognitive processes—such as solving problems, planning actions, and controlling emotions—that allow for the modification of thought and behavior in response to changing contexts. Prior research that has analyzed where in the brain executive functioning takes place has not been conclusive. However, a recent study was able to identify this region due to the brain of a unique patient with dys-executive syndrome.1

Executive functions support selective attention, the ability to concentrate on one stimulus and suppress others, and the working memory, which allows people to retain and manipulate information. Those who suffer from dys-executive syndrome, which is often caused by craniocerebral trauma or a stroke, do not succeed with these abilities, finding it difficult to focus their attention, plan their actions with clear goals, and control their impulses and emotions.1

The patient with dys-executive syndrome who was observed in the study is a 56-year-old woman in Leipzig, Germany, who had suffered several strokes that damaged the inferior frontal junction area (IFJ) in the frontal lobe of the cerebral cortex in both hemispheres.1

The damage to this region had caused her to no longer be able to pass basic psychological tests, which included the Zoo Map Test, in which the participant is required to plan a tour of a zoo in accordance with various guidelines, or the Stroop test, which measures how well the participant can suppress disturbing, unimportant stimuli in order to concentrate on an actual task.1

However, what was unique about this patient was that the damage was limited to the IFJ alone and was equally present in both hemispheres of the brain. Normally, strokes injure larger areas of the brain or are not as restricted to a defined area. Additionally, such damage rarely affects both hemispheres at the same time in equal measure. Despite the difficulty this damage poses for the life of the patient, it offered the researchers a unique opportunity to investigate the role of this region in executive functioning.1

"From functional MRI examinations on healthy persons, it was already known that the IFJ is increasingly activated when selective attention, working memory, and other executive functions are required. However, the final proof that these executive abilities are located there has not yet been provided," said Matthias Schroeter, MD, first author of the study and head of the research group Cognitive Neuropsychiatry at Max Planck Institute for Human Cognitive and Brain Sciences, in a press release.2

Schroeter explained further that since the causal evidence of functional-anatomical relationships can only be observed when the brain region is switched off, this patient provided the researchers with the opportunity necessary to observe this relationship.2

In addition to data obtained from this patient, the researchers also analyzed information from a variety of databases in order to obtain a broader perspective. The researchers used information from tens of thousands of participants who took different psychological tests that studied the activation of the brain during each one. With the help of these data, the researchers found that they were able to predict a patient's impairments based on the brain damage observed in scans. According to the study, this process has been referred to by experts in the field as symptom reading, which is a method that can be used to further adapt a therapy to individual patients and their brain damage without having to test it quite as much.1

"If patients suffer from a loss of executive functions after an accident or stroke, for example, they are usually less able to regenerate the other affected abilities because they find it difficult to plan for them," Schroeter said. "In future, when the lesion images and databases provide us with more detailed information on which regions, and hence abilities, have failed, we will be able to adapt the therapy even more specifically.”2

Talk Therapy Could Alleviate Depression, Improve Quality of Life for Individuals with Dementia 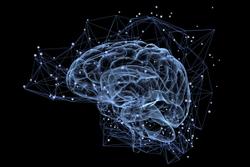