Alternative sources of protein such as soy and legumes could protect against kidney failure.

A recent study showed an association between red meat consumption and an increased risk of kidney failure.

Researchers conversely discovered that soy and legumes had a slightly protective effect against kidney disease. The current guidelines to prevent chronic kidney disease (CKD) from progressing into end-stage renal disease (ESRD) suggest restricting dietary protein, even though there is a lack of evidence that restrictions can slow kidney function decline, according to a study published by the Journal of the American Society of Nephrology.

Other sources of protein included poultry, fish, shellfish, eggs, dairy, soy, and legumes. They discovered that red meat intake was strongly associated with an increased risk of ESRD, according to the study.

Participants with the highest amount of red meat intake had a 40% increased risk of developing ESRD compared with participants who had the lowest intake. Researchers did not discover an association between any other protein sources, except soy and legumes, which had a slightly protective effect.

It was found that replacing 1 serving of red meat with an alternative protein source reduced the risk of developing ESRD up to 62%.

“We embarked on our study to see what advice should be given to CKD patients or to the general population worried about their kidney health regarding types or sources of protein intake,” concluded researcher Woon-Puay Koh, MBBS, PhD. “Our findings suggest that these individuals can still maintain protein intake but consider switching to plant-based sources; however, if they still choose to eat meat, fish/shellfish and poultry are better alternatives to red meat.” 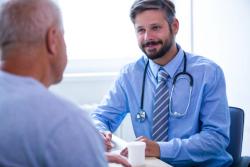 Expert: Treating Patients As Individuals Is Essential to Minimizing Disparities in Oncology 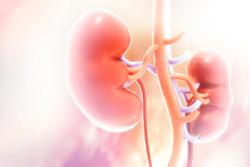