Providers Have Duty to Warn About Patient Threats

Landmark court case demonstrates that a balance exists between confidentiality and public safety.

All but 13 states have enacted legislation addressing the legal duty of a mental health professional to warn someone about whom a patient undergoing mental health counseling has made a threat.

This is the result of public policy leaders having to weigh the need for confidentiality surrounding the patient-practitioner relationship against the opportunity to enhance the safety of an individual about whom the threat was made.

Pharmacists may be positioned to hear such threats and need to decide whether follow-up is needed.

More than 40 years ago, a landmark case concerning the mental health professional’s obligation to protect the public’s safety started consideration of this issue. The case of Tarasoff v Regents of the University of California, which rose to the California Supreme Court, led to the decision that a school psychotherapist was deemed to have the “duty to warn” when a patient threatened violence against another individual.1,2

For psychiatrists and psychologists, the ruling has been hard to manage, as it can provide both negative and positive effects to patients’ care as well as have implications for their own liability. However, there are no clear, evidence-based criteria to evaluate potential danger that would warrant the psychiatrist or psychologist to warn the victim, leaving mental health professionals to evaluate the danger case by case.3

The Tarasoff case marked the beginning of a continuing conversation about mental health professionals’ responsibility to evaluate the danger posed by patients and to take reasonable steps to warn authorities and the victim before an incident occurs.

At the University of California, Berkeley, a graduate student named Prosenjit Poddar thought that he was in a relationship with Tatiana Tarasoff after a shared kiss. She expressed that she did not feel the same way.

Following the perceived rejection, Poddar started to see a campus psychologist to address his emotional crisis. While he was seeing the psychologist, he confessed plans to kill Tarasoff after she returned from a trip. The psychologist notified campus police, who detained the student briefly but released Poddar after he promised to stay away from Tarasoff.

Poddar stopped going to the therapy sessions. On the advice of his supervisor, the psychologist did not warn Tarasoff or continue to try to deter Poddar’s actions. Less than 2 months later, Poddar went to Tarasoff’s house and stabbed her to death.1,2

The parents of the deceased young woman filed a lawsuit against the school, including the campus police, the psychologist, and the psychologist’s supervisor. The case made its way to the California Supreme Court. Two rulings emanated from the California courts, one in December 1974 focusing on the criminal charges against Poddar and one in 1976 focusing on the duty to warn. The result was issuance of the decision in 1976 that the psychotherapist had a duty to protect the intended victim from harm.1 In 1985, California adopted legislation establishing the duty to warn by statute if there is a belief or prediction that harm will occur. Since then, all but 13 states have passed legislation to attempt to define some type of duty to warn for mental health care providers within their states.3

DISCERNING WHETHER TO BREACH CONFIDENTIALITY

Following this decision, psychiatrists and psychologists were left to discern when it was appropriate to breach confidentiality to warn potential victims.3 There are 2 important considerations in this decision: first, the impact the disclosure will have on the patient’s care and second, the liability the providers undertake by choosing to disclose the threat to the potential victim or by choosing not to warn.

Some research shows that knowledge of the threat alone can do little to protect the victim and can occasionally escalate situations. By contrast, other studies concluded that the decision to warn has been successful in protecting the potential victim and improving the patient’s therapy efforts. More research is necessary to determine the effect on the patient’s care following the disclosure.4

In addition, the psychiatrist is caught in an ethical dilemma whether to warn the potential victim because there are no evidence- based methods to clearly define whether a warning is necessary.4 Current models to determine the patient’s danger level have only been tested on small subsets of populations, including patients charged with criminal offenses or those in in-patient or prison settings. Without the efficacy of studies on larger population groups, there is no definitive way for psychotherapists to decide the danger risk of their patients. Health care providers are left to their own discretion, which can lead to lawsuits, no matter what they decide.

A further conundrum exists when a state such as Kentucky has a Supreme Court—created rule that the duty to warn applies to any health care provider present in the management of the case, not just the psychiatrist.5 Hence, providers trend to err on the side of caution to warn anyone who might be at risk, rather than err on the side of patient confidentiality. They have decided to prioritize the safety of the victims over patient confidentiality. This issue is a good example of how a high-profile court case can lead to action by the judicial branch that ultimately fosters legislative activity.

Kaitlyn K. Frick is a recent graduate of the University of Kentucky College of Health Sciences in Lexington with a major in human health sciences. She is now enrolled in the MD/MPH degree program at Southern Illinois University in Carbondale.Joseph L. Fink III, BSPharm, JD, DSc (Hon), FAPhA, is a professor of pharmacy law and policy and the Kentucky Pharmacists Association Endowed Professor of Leadership at the University of Kentucky College of Pharmacy. 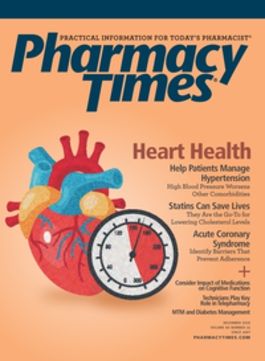