The findings, which were from the 96-week DISCOVER trial, were presented at the 2020 Conference on Retroviruses and Opportunistic Infections (CROI) in Boston.

The phase 3 clinical study is evaluating the safety and efficacy of once-daily F/TAF for PrEP compared with F/TDF for PrEP in men and transgender women who have sex with men and are at risk for sexually acquired HIV infection. At both weeks 48 and 96, F/TAF demonstrated non-inferior efficacy to F/TDF for PrEP.

Moreover, F/TAF also showed favorable changes in key markers of renal and bone safety at week 96 compared with F/TDF for PrEP, according to the study.

The analysis showed significant differences in key markers of bone and renal safety in patients across different age groups. At week 96, there were statistically significant differences in measurements of renal safety favoring F/TAF in the overall trial population, as well as in older participants and in those with moderate renal impairment. Patients older than 50 years of age who received F/TAF showed a smaller decrease in median estimated glomerular filtration rate (eGFR) compared with those receiving F/TDF at week 96, according to the data.

Of the patients with moderate renal impairment, those who received F/TAF also had smaller changes in eGFR and markers of proximal tubular function. In this sub-group, eGFR increased by 3mL/min among those taking F/TAF and decreased by 1mL/min in those taking F/TDF.

Additionally, the findings showed changes in bone mineral density (BMD) favoring F/TAF in the overall trial population and among participants younger than 25 years of age.

“These data continue to support the role of Descovy for PrEP as an option for a range of appropriate individuals at risk for HIV infection,” said Onyema Ogbuagu, MD, FACP, director of HIV Clinical Trials program at Yale School of Medicine. “We are especially pleased to see that Descovy, unlike Truvada, did not result in a decrease in bone mineral density among younger participants and that more favorable measures of renal function were observed among study participants including older individuals and those with moderate renal impairment.” 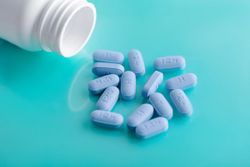