The findings are consistent with an interim analysis showing that the drug significantly reduced the risk of hospitalization or death for any cause by 89% compared with the placebo.

The findings were consistent with the interim analysis announced in November 2021 showing that Paxlovid significantly reduced the risk of hospitalization or death for any cause by 89% compared with the placebo in non-hospitalized individuals who are high risk for COVID-19 when treated within 3 days of symptom onset.

“This news provides further corroboration that our oral antiviral candidate, if authorized or approved, could have a meaningful impact on the lives of many, as the data further support the efficacy of Paxlovid in reducing hospitalization and death and show a substantial decrease in viral load. This underscores the treatment candidate’s potential to save the lives of patients around the world,” Albert Bourla, chairman and CEO of Pfizer, said in a statement.

In the secondary endpoint, the study results show that the drug reduced the risk of hospitalization or death for any cause by 88% compared with the placebo in individuals treated within 5 days of symptom onset, an increase of 3 percentage points from the interim analysis.

The EPIC-HR data have been shared with the FDA as part of an ongoing rolling submission for emergency use authorization.

In the EPIC-HR trial, in the secondary endpoint, SARS-CoV-2 viral load at baseline and day 5 have been evaluated for 499 individuals. After accounting for baseline viral load, geographic region, and serology status, Paxlovid reduced viral load by approximately 10-fold or 0.93 log10 copies/mL compared with the placebo, indicating robust activity against SARS-CoV-2, and representing the strongest viral load reduction reported to date for an oral COVID-19 agent.

Treatment-emergent adverse events (AEs) were compared between the study drug and the placebo, most of which were mild, at 23% and 24%, respectively.

“Emerging variants of concern, like Omicron, have exacerbated the need for accessible treatment options for those who contract the virus, and we are confident that, if authorized or approved, this potential treatment could be a critical tool to help quell the pandemic,” Bourla said.

Full study data are expected to be released later this month and submitted to a peer-reviewed publication. 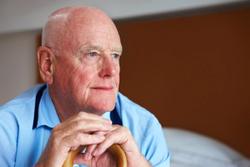