Before a pertussis vaccine was widely available, about 200,000 American children contracted this highly contagious acute respiratory tract infection annually, and between 4000 and 9000 children died each year.

Consider this: Before a pertussis vaccine was widely available, about 200,000 American children contracted this highly contagious acute respiratory tract infection annually, and between 4000 and 9000 children died each year.1,2 Vaccines were developed in 1914 and refined in the 1940s. By 2004, successful campaigns had reduced the number of reported pertussis cases to fewer than 16,000 and the number of deaths to just 27.2 Immunization prevents this bacterial infection caused by Bordetella pertussis, yet the nation saw a 2300% increase in cases between 1976 and 2005.3 What is the problem?

Also called whooping cough for its characteristic paroxysmal cough, pertussis is especially dangerous for children younger than 2 years. Children are not fully immune until they receive at least 3 shots in the recommended series, and the vaccine’s protection typically falls 3 to 5 years after vaccination. After 12 years, immunity is gone.4-6

Before a vaccine was developed, pertussis was mainly a childhood disease. Today, pertussis affects primarily infants and toddlers who have not been completely immunized (see Table 17,9-11) and teenagers and adults whose immunity has waned. Although treatable with antibiotics, usually macrolides, pertussis can also be serious for youths and adults.7

What Is Whooping Cough?

When infected individuals cough or sneeze, they spray microbe-laden droplets into the air. Inhaled by others, bacteria produce a toxin that severely damages the lungs’ cilia and respiratory epithelium. The subsequent difficulty clearing pollen, mucus, and microbial invaders causes uncontrollable coughing.8

The vaccine does not provide lifelong immunity. Pregnant women and all others who have close contact with an infant are potential disease reservoirs.8

This explains recent increases in pertussis cases. People of all age groups have been affected, but the highest annual incidence is in infants younger than 1 year.12 Death is most likely in infants younger than 3 months.12 Historically, mothers have been most likely to transmit pertussis to their infants, but now siblings have taken on that dubious honor.10,13 Those statistics reveal risk factors in addition to infancy. These are contact with individuals whose vaccine-induced immunity has waned, contact with unimmunized people, and living with an infected person in the same household.10,13 Premature infants and patients with underlying cardiac, neurologic, neuromuscular, pulmonary, or respiratory disease are also at risk.10,13

Pharmacists’ primary roles in pertussis are preventive. Pertussis spreads quickly, and waning vaccination-induced immunity means that we cannot depend on everlasting herd immunity to protect everyone.14 Individuals at risk for exposure or with close contact with an infant need booster shots at or after age 11 and then every 10 years and during pregnancy.15,16 Asking about pertussis immunization and providing basic information to patients can prompt vaccination.

If an individual appears to have whooping cough, pharmacists should refer the patient to a prescriber immediately, especially if the patient is an infant. Severe symptoms are red flags that the patient needs emergency urgent care. Consider sending a list of all medications, dates and names of previous immunizations, medication allergies, and past medical conditions with the patient if possible.

Pharmacists should also be aware of postexposure prophylaxis recommendations (see Table 216,17), especially for families who choose not to vaccinate. 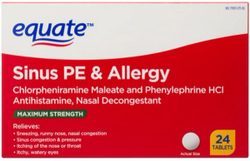