N-acetylglucosamine, a simple sugar, may promote myelin repair in patients with multiple sclerosis (MS), according to a study published in the Journal of Biological Chemistry.

N-acetylglucosamine is found in human breast milk and is sold as an OTC supplement in the United States. Myelin, which insulates the nerve cell branches in the brain, breaks down during inflammation caused by MS. Myelination is crucial to stemming the tide of MS.

Investigators used a mouse model to examine the relationship between N-acetylglucosamine and myelination. The mice had myelination levels that correlate to levels in patients with MS.

The study found that N-acetylglucosamine promoted myelin repair in the mouse model. The simple sugar was also found to drive primary myelination when delivered orally to lactating mothers, which means N-acetylglucosamine drives both myelin creation and repair, according to the study.

The study authors suggest that N-acetylglucosamine may also explain some of the myelination and cognitive function benefits in children who are breast fed as opposed to being fed formula. According to the study authors, the simple sugar is a major ingredient in breast milk, but not baby formula.

Survey: High Levels of Burnout are Prevalent Among Hematology/Oncology Pharmacists 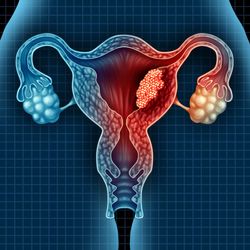 What Pharmacists Should Know About Endometrial Cancer