While incidences of metastatic breast cancer are increasing, so is survival.

A new study published by Cancer Epidemiology found that cases of metastatic breast cancer (MBC) in the United States is increasing. The authors believe that this trend is likely the result of an aging population and improved screenings.

In the study, the investigators estimated the number of women with MBC, including patients diagnosed with metastatic disease and those whose breast cancer metastasized after initial diagnosis. Despite increases in cases of MBC, the investigators discovered that relative survival for patients initially diagnosed with metastatic disease has been improving.

These findings highlight a knowledge gap about how to address the needs of patients with MBC, according to the authors.

“Even though this group of patients with MBC is increasing in size, our findings are favorable,” said researcher Angela Mariotto, PhD. “This is because, over time, these women are living longer with MBC. Longer survival with MBC means increased needs for services and research. Our study helps to document this need.”

The authors were able to estimate the number of women initially diagnosed with MBC; however, data for patients whose disease later metastasized due to progression or recurrence are lacking, according to the study. Currently, registries do not collect data on recurrent disease.

To create a more accurate estimate, the authors included data from the National Cancer Institute’s Surveillance, Epidemiology, and End Results Program for patients whose disease metastasized after diagnosis.

As of January 1, 2017, the authors estimated that more than 150,000 patients had MBC, with 75% receiving an initial diagnosis of an earlier stage, according to the study.

While metastatic disease generally has a poor prognosis, the researchers discovered that survival of patients initially diagnosed MBC was increasing.

For women diagnosed with MBC between 50 and 64 years, median relative survival increased from 19.1 months to 29.7 months.

Overall, the authors found that more than 11% of patients diagnosed with MBC between 2000 and 2004 who were under the age of 64 survived at least 10 years, which represents a small increase, according to the study.

Approximately 40% of patients with MBC had the condition for 2 years or less, while only 34% of patients had it for at least 5 years.

This study provides a more accurate picture of the number of patients with MBC in the United States. These findings may help with planning and providing more optimal care for these patients, according to the study.

Since recurrent cancer can be diagnosed through varying methods at numerous locations, collecting data can be challenging. The National Cancer Institute is funding studies to identify new ways to leverage existing data to capture recurrence data.

“These findings make clear that the majority of MBC patients, those who are diagnosed with non-metastatic cancer but progress to distant disease, have never been properly documented,” Dr Mariotto said. “This study emphasizes the importance of collecting data on recurrence at the individual level in order to foster more research into the prevention of recurrence and the specific needs of this growing population.” 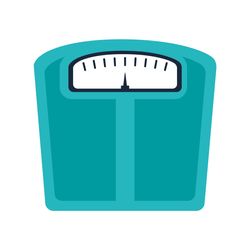 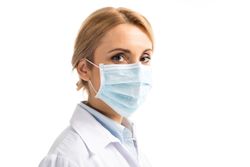