Much of my career has been focused on advancing the pharmacist role in patient care. As a hospital pharmacy director, I hired a clinical pharmacist to make rounds with the cardiology team. The success of this first pharmacy clinician led to the hiring of many more pharmacy clinicians with patient care responsibilities but no drug distribution role. At the time, I saw this separation of roles as appropriate and necessary to initiate this expanded pharmacist role. However, it did lead to a kind of class warfare within the pharmacy department, with each side—clinical pharmacists and distribution pharmacists&mdash;trying to strengthen their value at the expense of the other group.

The clinical pharmacists usually had a post-baccalaureate PharmD degree, while the distribution pharmacists often had a bachelor of science degree. When the profession pushed for the PharmD degree as the single entry degree to practice pharmacy, I was an early supporter because it would help remove this “separate but equal” issue between the different entry-level degree holders. One criticism often raised in the march to the entry PharmD degree was that that level of skill was not needed in most community pharmacies.

Although some may still try to make that case, most pharmacists now realize that a large number of patients experience preventable medication-related problems (MRPs) that have both morbidity and mortality consequences. The Medicare Modernization Act of 2003 and its requirement for medication therapy management (MTM) put a national spotlight on the problem, and opened an opportunity for pharmacists to contribute to helping to solve the MRP issue. The profession of pharmacy took advantage of this situation by defining MTM and describing the core elements of an MTM service model.

Although this service can be offered to any patient in any setting, the initial focus is often on patients enrolled in a Medicare Part D plan who receive services from community pharmacists. Although MTM does not require a PharmD degree for community pharmacists to perform this new or expanded role, this does suggest that the movement to an entry PharmD degree was the right decision.

This opportunity is great—but unless payment for services follows, the growth in MTM services will be slow. Thus, the current effort to get pharmacists recognized as a provider is an important first step. The American Pharmacists Association has taken the lead on this effort, but it must be a profession-wide activity. Have you decided what role you plan to take to make this happen? You could at least contribute financially to the campaign.

Some are suggesting that health care reform will create even more opportunities for getting paid for MTM. If you have not started thinking through how you can change your practice model to incorporate MTM services into your pharmacy operation, this would be an important first step. Remember that a comprehensive program doesn’t happen overnight, so think about starting small, maybe with a few patients so you can become comfortable with the process. Perhaps you have a recent graduate who might like this assignment to develop this new service. Make sure you educate all of your staff about what you are doing and why you are doing it. They can often be your best help in referring patients who might benefit from this service.

You probably need a good “elevator speech,” a brief talk that quickly conveys what you are doing for both your employees and your patients. Getting providers’ buy-in to your new service is also important. Perhaps this might offer a great opportunity to visit them in their office so they can put a name and a face together. And make sure you document what you did. Many studies are now appearing in the literature describing the value of an MTM service. Perhaps you can contribute to the literature too. But even more important, you will be helping pharmacy advance as a clinical profession. And when reimbursement is available, you are ready to get paid!

Mr. Eckel is a professor emeritus at the Eshelman School of Pharmacy, University of North Carolina at Chapel Hill. He is interim executive director of the North Carolina Association of Pharmacists. 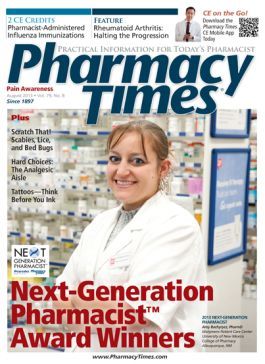