The FDA has issued a complete response letter for a new drug application for baricitinib for the treatment of moderate-to-severe rheumatoid arthritis (RA), according to a press release. Eli Lilly and Incyte Corporation submitted baricitinib for approval in January 2016, but the FDA extended the review period for the analysis of additional data.

In 2009, Lilly and Incyte launched a collaboration agreement to commercialize baricitinib. The drug received regulatory approval for rheumatoid arthritis in the European Union in February 2017, and is still waiting for approval in Japan, according to the release

Included in the new drug application were positive results from a phase 3 clinical trial of baricitinib in patients with moderate-to-severe RA. Two studies included a comparison with other approved RA drugs, such as methotrexate and adalimumab (Humira).

However, the FDA deemed there was not enough clinical data to approve the drug. The FDA requests that Lilly and Incyte include additional data about the most appropriate doses of baricitinib. Additional safety information is also required prior to approval, Lilly reported.

While the companies expressed disappointment with the FDA’s decision, they plan to work with the FDA to remedy any issues to obtain approval of bariticinib, according to the release.

"We are disappointed with this action. We remain confident in the benefit/risk of baricitinib as a new treatment option for adults with moderate-to-severe RA," said Christi Shaw, president of Lilly Bio-Medicines. "We will continue to work with the FDA to determine a path forward and ultimately bring baricitinib to patients in the US." 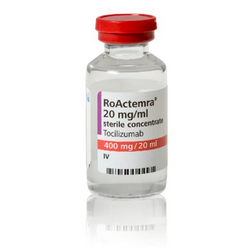