Researchers in a recent study discovered how an inherited genetic variant can help cancer survive in patients with leukemia.

The variant is already known to increase the risk of developing chronic lymphocytic leukemia (CLL), which is an incurable cancer that affects the cells in the bone marrows. Previous studies indicate that CLL can run in families, and is likely due to variations in DNA.

There have been 31 variations identified with an increased risk of CLL. In a study published by Cell Reports, researchers identified how single nucleotide polymorphism (SNP) can affect CLL development. They discovered that SNP at a certain site in the genome can disrupt the activity of the RELA protein involved in controlled cell death.

RELA receives signals if a cancer cell acts abnormally and starts controlled cell death. In CLL, pro-survival BCL-1 proteins that resist cell death are active, according to the study.

They found that SNP rs539846-A interferes with the switch of the BCL-2 modifying factor (BMF) gene that typically produces pro-death signals. This makes it difficult for RELA to flip on the activity of the gene and decreases the level of the signal, which allows the CLL cells to avoid self-destruction, according to the study.

“Although many significant risk variants for this type of leukemia have been identified, the biological mechanisms through which these variants affect leukemia development have been less well studied,” said lead researcher Richard Houlston, MD, PhD. “This study highlights the importance of cell death-inducing proteins such as BMF in controlling CLL development and could help in the design of new drugs to treat this disease.”

FDA Approves Etranacogene Dezaparvovec to Treat Adults With Hemophilia B 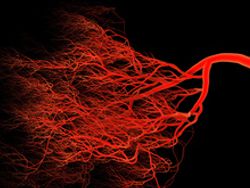