“This budget affirms the cost-saving role that generic alternatives can play,” said Ralph G. Neas, President and CEO of the Generic Pharmaceutical Association. “It includes two of the budgetary solutions that GPhA offered this spring to legislators, and demonstrates how generics are part of the health care cost solution. By maximizing the cost savings of biosimilar medicines and encouraging increased generic use by key populations, such as those in government programs, we know that the government can save billions.”

GPhA urges consideration of the remaining GPhA-proposed cost-saving measures, outlined in the “Prescription for Sequestration Pain” letter sent by the Association to Congress in March. In addition to the biologics and the Medicare Low Income Subsidy provisions in the President’s budget, those include: closing the loopholes in the current “REMS” policy; passing policy prohibition against state carve-outs that block generic access; integrating incentives to improve generic utilization/ adherence in chronic disease management reforms; and growing Medicaid payments to states that increase the use of the least costly drugs available. Taken together, these solutions hold the promise to save the government additional tens of billions of dollars.

While these provisions represent real savings, GPhA warned that the patent settlement and Medicaid rebate measures included in the President’s budget would do more harm than good.

GPhA strongly opposes the patent settlement ban in the budget, which is based on outdated assumptions and faulty methodology. While the FTC has based savings claims for eliminating patent settlements on a 2002 study, more recent analyses by the Royal Bank of Canada and others have demonstrated that settlements result in early market entry for generics and thus save billions of dollars for consumers and the health system. Given this, GPhA believes that more recent and accurate data will conclusively show that a patent settlement ban will chill generic competition and result in an increased cost, not a savings.

GPhA also opposes the increase or extension of Medicaid rebates beyond what is currently paid by manufacturers. Medicare Part D has remained an example of cost-efficiency for the government, costing approximately $340 billion, or 40%, less than the original estimates. This is largely due to the market-based competition built into the program. Imposing rebates would upset this structure, and likely have the unintended consequence of shifting costs onto American consumers purchasing their care in the private marketplace. 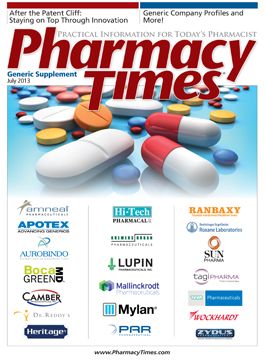