Probenecid was found to reduce the symptoms of opioid misuse disorder.

A gout medication was found to reduce the symptoms of opioid withdrawal in rat models of opioid misuse disorder during a recent study.

Opioid misuse is widespread in the United States and other countries, with overdose-related deaths increasing at an alarming rate. While many state and federal agencies have implemented initiatives to reduce misuse, drug therapies for opioid misuse disorder and withdrawal symptoms are lacking.

In a study published by Nature Medicine, the authors examined the underlying causes of opioid withdrawal, and were able to determine a treatment target in the spinal cord. Pannexin-1 is a protein located in the brain, spinal cord, and throughout the body, which shows the ability to elicit withdrawal symptoms in rodents.

Specifically, the authors aimed to determine the effects of pannexin-1 on rats dependent on morphine and fentanyl.

"Opioid withdrawal is aversive, debilitating and can compel individuals to continue using the drug in order to prevent these symptoms," said researcher Tuan Trang, PhD. "In our study, we effectively alleviated withdrawal symptoms in rodents, which could have important implications for patients that may wish to decrease or stop their use of these medications."

Prior studies were not able to properly outline the cellular mechanisms related to opioid withdrawal due to an extensive focus on neuronal involvement, according to the authors.

“Our study looked at key immune cells in the nervous system -- and specifically at the pannexin-1 channel on these immune cells, which is something that hasn't been explored before,” Dr Trang said.

These findings suggest the mechanisms behind opioid withdrawal are dependent on pannexin-1, which may lead to improved treatments for patients experiencing these symptoms. It may also prevent patients from relapsing due to adverse events related to withdrawal.

"Opioids are the pharmacological cornerstone for treating chronic pain in a large variety of diseases," Dr Trang said. "Understanding why opioid withdrawal occurs and how to alleviate it, is of critical importance in improving pain therapy and may have implications for substance abuse in opioid addicts. The potential impact is immense."

After the authors discovered the mechanism, they then tested an anti-gout drug, probenecid, on rat models. Probenecid is approved in Canada, and is known to inhibit pannexin-1, which made it a good candidate to treat opioid withdrawal. The drug is not costly, and causes few adverse events, according to the study.

"This is an exciting study which reveals a new mechanism and a potential therapeutic target for managing opioid withdrawal,” said pain researcher Michael Salter, MD, PhD, FRSC, chief of Research at The Hospital for Sick Children in Toronto, Canada. "The findings of Dr Trang and his team could have important implications for people on opioid therapy and those attempting to stop opioid use."

Due to promising preclinical findings, the authors are currently working to design a clinical trial in humans.

"We now need to look to see if this works with patients as well as ensure safety," said Chris Spanswick, medical leader of the Calgary Pain Program who is working on designing the trial. "We are at the very early stages of organizing clinical research. It will be some time before this research gets off the ground and we look forward to continuing collaboration with the HBI [Hotchkiss Brain Institute] on this and other areas of research." 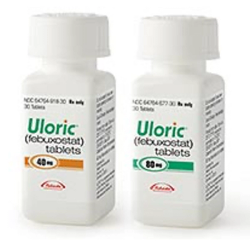 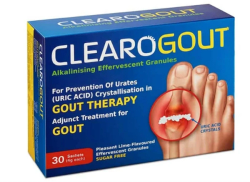