Accelerated approval granted to atezolizumab (Tecentriq) for locally advanced or metastatic urothelial carcinoma in patients who are ineligible for cisplatin.

The FDA granted accelerated approval to atezolizumab (Tecentriq) as an initial treatment for locally advanced or metastatic urothelial carcinoma (mUC) in patients who are ineligible for cisplatin therapy.

Atezolizumab is a monoclonal antibody designed to bind with the PD-L1 protein expressed on tumor cells and tumor-infiltrating immune cells in order to block its interactions with PD-1 and B7-1 receptors.

“We are pleased that Tecentriq will now be available to more people with advanced bladder cancer, including those who are unable to receive initial treatment with cisplatin chemotherapy,” Sandra Horning, MD, chief medical officer and head of Global Product Development at Genentech, said in a press release. “Tecentriq was the first cancer immunotherapy approved by the FDA for people with advanced bladder cancer and has become a standard of care in those whose disease has progressed after receiving other medicines, either before or after surgery, or after their disease has spread.”

The approval is based on findings from the open-label, multicenter, single-arm phase 2 IMvigor210 study, which evaluated the safety and efficacy of atezolizumab in patients with locally advanced or mUC, regardless of PD-L1 expression.

The participants were enrolled in 1 of 2 cohorts. Specifically, the accelerated approval is based on results from cohort 1.

Cohort 1 included 119 patients with locally advanced or mUC who were ineligible for cisplatin-containing chemotherapy, and were either treatment-naïve or had disease progression at least 12 months after neoadjuvant or adjuvant chemotherapy.

The participants received a 1200-mg intravenous dose of atezolizumab every 3 weeks until unacceptable toxicity or disease progression, according to the release.

Five participants experienced either sepsis, cardiac arrest, myocardial infarction, respiratory failure, or respiratory distress that resulted in death. One patient experienced inflammation of the brain due to herpetic meningoencephalitis and disease progression at the time of death. Atezolizumab was discontinued in 5 of 119 patients due to AEs.

“It is encouraging to see continued progress in the treatment of advanced bladder cancer, which until last year had not seen any major advancements in more than 30 years,” Andrea Maddox Smith, chief executive officer, Bladder Cancer Advocacy Network, said in a release. “We are excited that Tecentriq is now a treatment option for people with advanced bladder cancer who are unable to receive a cisplatin-based chemotherapy as an initial treatment.”

Currently, atezolizumab is being evaluated in the confirmatory phase 3 study IMvigor211 and is being compared to chemotherapy as initial treatment in patients with a specific type of advanced bladder cancer, and in patients whose disease has progressed on a least 1 prior platinum-containing treatment.

The approval marks the third for atezolizumab in under a year. Atezolizumab is approved for the treatment of patients with metastatic non-small cell lung cancer whose disease progressed during or following platinum-containing chemotherapy, and have progression on an appropriate FDA-approved targeted therapy if their tumor has EGFR or ALK gene abnormalities, according to the release.

Men With Hereditary Lynch Syndrome May Benefit From PSA Testing

Identifying, Assessing the Most Common Cancer Treatment Complications That Can Lead to Oncologic Emergencies 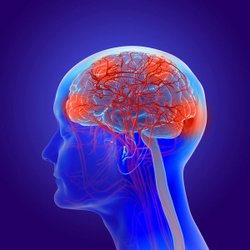