Nearly 4% of all cancers worldwide can be attributed to excess body weight, according to a new report published in CA: A Cancer Journal for Clinicians.

Prior research established a link between excess body weight and an increased risk of cancer. However, a recent study published in Obesity Reviews linked early obesity with different types of cancer, citing that the risk of cancer in younger individuals continues to climb as body mass index increases. Obesity can cause changes to an individual’s DNA that add up over time and contribute to an increased cancer risk. Many factors related to obesity, including overactivation of the immune system and obesity-induced gut changes, can also accelerate cancer progression in the body.

According to the report, the prevalence of excess body weight and associated cancer burden has been increasing worldwide since the 1970s, climbing from nearly 21% in men and 24% in women to approximately 40% in both sexes in 2016. Obesity prevalence increased dramatically in men, from 3% to 12%, and more than doubled in women, from 7% to 16%, the researchers noted. Along with population growth, these changes resulted in a more than 6-fold increase in the number of obese adults worldwide.

In total, the report cited 13 cancers for which an increased risk has been linked to excess body weight: breast, colorectal, endometrium, adenocarcinoma, gallbladder, kidney, liver, meningioma, multiple myeloma, ovary, pancreas, stomach, and thyroid. Additionally, being overweight has been labeled as a probable cause of advanced prostate cancer and cancers of the mouth, pharynx, and larynx. Overall, approximately 544,300 cancer cases, or 3.9% of all cancers, in 2012 were attributable to excess body weight in 2002.

The World Health Organization (WHO) lists halting the rise in obesity as one of its nine 2025 targets to address the growing global burden of noncommunicable diseases. High-priority strategies include population-wide, policy-led interventions targeting the production, distribution, and marketing of unhealthy foods and changes to promote adequate levels of physical activity.

National wealth serves as a primary contributor to increasing population obesity, according to the researchers. Although consistently associated with a rise in body weight, it’s not the only driver of the epidemic, however. The researchers indicated that some of the biggest increases are in low- and middle-income countries, “likely as a result of the introduction of the ‘Western lifestyle,’ consisting of energy-dense, nutrient-poor foods alongside reduced physical activity levels,” they wrote.

Changes in the availability and quality of foods over the past few decades have also been accepted as key environmental drivers of the global rise in body weight, as well as an increasingly sedentary population.

Despite the WHO’s goal to impede the rising obesity rates, the researchers wrote that achieving this goal appears unlikely due to the current pace of increasing and existing challenges. They concluded that strategies to prevent and control obesity through promoting a healthy diet and physical activity are needed through policy and system approaches, as well enhancing access to health care interventions for weight management.

“The rapid increase in both the prevalence of excess body weight and the associated cancer burden highlights the need for a rejuvenated focus on identifying, implementing, and evaluating interventions to prevent and control excess body weight,” the researchers wrote.

The Value of Specialty Pharmacy as a Career Path 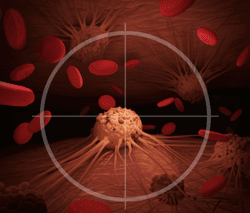