The FDA approved Enhertu in January 2020 for the treatment of adult patients with unresectable or metastatic HER2-positive breast cancer.

The FDA has approved fam-trastuzumab deruxtecan-nxki (Enhertu, Daiichi Sankyo, AstraZeneca) for the treatment of adult patients with locally advanced or metastatic human epidermal growth factor receptor 2 (HER2)-positive gastric or gastroesophageal junction (GEJ) adenocarcinoma who have received a prior trastuzumab-based regimen.

“Patients with metastatic HER2-positive gastric cancer with progression following first-line treatment have historically faced poor outcomes, including low response to treatment and rapid disease progression,” said Ronan Kelly, MD, MBA, director of the Charles A. Sammons Cancer Center, in a press release. “This approval represents the first time a HER2-directed medicine has demonstrated a significant improvement in survival compared to chemotherapy for patients following initial treatment in the metastatic setting and it has the potential to become the new standard of care for this patient population.”

Gastric cancer is frequently diagnosed when it is already advanced, with only approximately 5% of patients surviving 5 years, according to a press release. Approximately 1 in 5 gastric cancers are HER2-positive.

The approval was based on positive results from the randomized pivotal DESTINY-Gastric01 phase 2 trial, which found that deruxtecan-nxki demonstrated a statistically significant and clinically meaningful improvement in overall survival (OS) and objective response rate (ORR) compared with chemotherapy. The trial included patients with advanced gastric or GEJ adenocarcinoma who had progressed on at least 2 prior regimens, including trastuzumab, a fluoropyrimidine, and a platinum-containing chemotherapy.

This approval marks the second for deruxtecan-nxki in the United States. The FDA approved deruxtecan-nxki in December 2019 for the treatment of adult patients with unresectable or metastatic HER2-positive breast cancer who have received 2 or more prior anti-HER2-based regimens in the metastatic setting based on the DESTINY-Breast01 trial.

“Enhertu is the first antibody drug conjugate to receive approval in the US for the treatment of patients with metastatic gastric cancer and represents a major advance in managing this difficult-to-treat disease,” said Antoine Yver, MD, MSc, executive vice president and global head of oncology research and development at Daiichi Sankyo, in a press release. “This second indication in the US represents an important step forward in our ambitious plan to accelerate the development of Enhertu across a broad range of HER2 targetable cancers.”

Enhertu Approved in the US for the Treatment of Patients with Previously Treated HER2 Positive Advanced Gastric Cancer [news release]. Daiichi Sankyo; January 18, 2021. https://www.daiichisankyo.com/media/press_release/detail/index_4115.html. Accessed January 18, 2021. 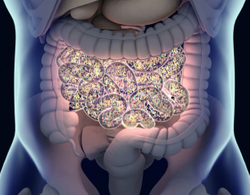