Emerging From COVID-19 With Resilience

While many small businesses crumbled during the COVID-19 pandemic, the team at Cave’s Drug leveraged the opportunity to provide patient care in remarkable new ways.

For over 50 years, the independent pharmacy survived on simply filling prescriptions and offered limited clinical services. However, Ashley Bates, PharmD, faced the reality that her pharmacy’s longtime product-based reimbursement model was neither sustainable, nor reflective of the needs of her community. Now, Ashley is the Flip the Pharmacy

Champion for Cave’s Drug and leads its practice transformation effort. She claims that her team has emerged from the pandemic stronger than ever. Located in Kingsport, Tennessee, Cave’s Drug has served the communities of Fall Branch, Colonial Heights, and Rock Springs for since 1969. Cave’s Drug participates in CPESN®Tennessee and CPESN USA.

Ashley is the pharmacy manager at Cave’s Drug, which started the Flip the Pharmacy program in October 2020, along with 340 other pharmacies across the country.

Flip the Pharmacy is a 5-year pharmacy transformation program aiming to re-work community-based pharmacy practice beyond filling prescriptions and toward an ongoing focus on a patient's health. Ashley shares that Cave’s Drug’s participation in Flip the Pharmacy has enabled her pharmacy to significantly expand their menu of enhanced clinical services.

Ashley explains, “Before Flip the Pharmacy, the only clinical services we offered were seasonal flu shots. With changes to our workflow, we’ve been able to engage pharmacy technicians in vaccine administration and screening. Now, we average about 30 vaccines per day.”

The team at Cave’s Drug has played a vital role in protecting their community from COVID-19, administering hundreds of vaccines in the pharmacy parking lot and even traveling to homebound patients.

In addition to vaccines, Cave’s Drug has begun offering many other enhanced clinical services since joining the Flip the Pharmacy movement. For example, the pharmacy has enrolled over 150 patients in their medication synchronization and adherence packaging programs.

“We had a regular patient who would call the pharmacy two or three times per week with questions. She was confused about which medications she should be taking and when,” Ashley recalls. “A staff member drove to her home to pick up the medications and returned them in adherence packaging.” Now the patient is enrolled in medication synchronization and consistently takes her medications as prescribed.

Ashley gives much credit to their Flip the Pharmacy coach, Amber Suthers, CPhT, MSAH, stating, “she is an invaluable resource who is always responsive, with answers just a phone call or email away.” Flip the Pharmacy coaches are funded by the Community Pharmacy Foundation and national and local team sponsors. Cave’s Drug is a member of Team Greater Appalachian Transformation Effort, which is funded in part by a team sponsorship donation from Corley’s Pharmacy, Inc.

The team at Cave’s Drug is just getting started. In the future, they want to continue expanding their services to include point-of-care testing and disease state education.

When asked about her pharmacy’s next steps, Ashley answers confidently, “The traditional retail pharmacy model is 10% of pharmacists’ potential. Flip the Pharmacy gives pharmacists the opportunity to do more.”

The Flip the Pharmacy program hopes to directly support 1,000 pharmacies, just like Cave’s Drug with coaches like Amber, and impact thousands more. To date, over 800 pharmacies are receiving direct coaching and implementation support. Learn more at www.flipthepharmacy.com. 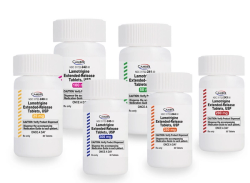 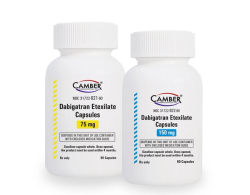 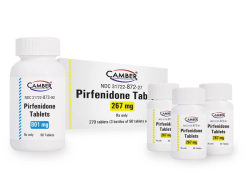