AbbVie and Amgen are attempting to stop biosimilars from emerging through the use of new patents.

Drug manufacturers of Humira and Enbrel recently started using new patents in an effort to prevent biosimilars from entering the market.

Advisors to the FDA recently recommended the approval of the biosimilars, according to The New York Times, but new patents could prevent this. The advisors voted that Humira’s biosmiliar, developed by Amgen, was likely approved for all uses of Humira; and Enbrel’s biosmiliar, produced by Sandoz, also received the same vote.

Amgen also owns Enbrel and is opposing biosimilar competition, yet has created a biosimilar for its competitor.

The main patent for Humira expires this year, but the manufacturer, AbbVie, has created over 70 new patents. These patents range from the formulation of the drug to manufacturing methods, according to the study.

“Any company seeking to market a biosimilar version of Humira will have to contend with this extensive patent estate, which AbbVie intends to enforce vigorously,” Richard A. Gonzalez, the company’s chief executive, told The Times last October.

Enbrel’s main patent has already expired, but there are currently 2 patents that were not granted until 2011 and 2012. These patents, if held, would allow market exclusivity until 2028 and 2029.

This is not the only case of new patents being used to delay the introduction of biosimilars. A biosimilar of Remicade received FDA approval months ago, but it has yet to be placed on the market partially due to patent problems.

But, other potential barriers beyond patents still exist. Some patient and doctor groups do not believe that insurers should not be able to switch patients to a biosimilar if they are responding well to the branded drug, which could lead to negative profit for the company. 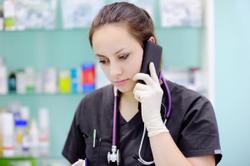