The legalization of medical marijuana by many states continues to be a hot topic.

The legalization of medical marijuana by many states continues to be a hot topic.

Some time ago, I wrote a column on the problems and fallacies regarding the voters approving something described as “medical marijuana.” I must say, I received more e-mails about this topic than probably any other I have ever written about for Pharmacy Times. Some of them less than complimentary, as you might imagine, as I found that not all pharmacists agree with me on this topic!

My thoughts on this matter have not changed, and in fact, they are even more solidified. If medical marijuana is a legitimate medicine, then let manufacturers go through the same process as other pharmaceuticals and get final approval from the FDA. The product, like every other prescription drug, would be sold only through licensed pharmacies by licensed pharmacists who could legally dispense this “wonder” drug. After all, we have cannabis-based pharmaceuticals currently—medical marijuana would just be another one.

Unfortunately, proponents of medical marijuana wanted to bypass these seemingly meaningless steps and provide the product to the public with little or no scrutiny or quality control. The idea was to circumvent the apparently useless FDA, and get on with the incredible healing value of marijuana. As you know, voters passed medical marijuana in several states, and now we even have recreational marijuana, which was the intent of the backers of this in the first place.

What is new is a study that was published in August 2013 by the Rocky Mountain High Intensity Drug Trafficking Area (HIDTA) in Colorado. They wanted to evaluate the impact that medical marijuana either was or was not having on the safety of the citizens of Colorado, and maybe even beyond.

Medical marijuana legalization was passed by the voters in Colorado in November 2000. By 2009, limits that had been set for the numbers of patients were abandoned. And although only 6000 “patients” had registered in the first 7 years, 38,000 joined the patient ranks in 2009 alone. Actual cardholders numbers were placed at 4800 in 2008, with this number exploding to more than 41,000 in 2009. By 2012, more than 108,000 registered patients existed in Colorado, with 94% of those who qualified for a card diagnosed with severe pain!

Okay, so we just had a lot of pain patients in Colorado who were unable to get pain relief through conventional pharmaceuticals, and now all is well in the state. Or is it? This report looked at some traffic statistics and found:

What was law enforcement seeing as far as seizures of marijuana in Colorado? Let’s take a look at that, too, with the following:

The El Paso Intelligence Center, which keeps a database on law enforcement drug seizures throughout the United States, also found some interesting information that indicates not all of this wonder drug is staying in the confines of Colorado:

Proponents of medical marijuana will say these statistics mean nothing, and it’s another way for law enforcement to try to justify their jobs. I have heard all of the negative rhetoric, and I know that the proponents have impressive dollars behind their causes, some from millionaires and even billionaires who have made significant strides in bamboozling the public.

My understanding is that this effort is coming to my state, Ohio, in the near future. We are gearing up for this, with a coalition of law enforcement, prevention, and treatment groups determined to educate the citizens of Ohio about the truth. We feel that if our citizens know all of the facts, this law will not come to pass in our great state.

Cmdr Burke is a 40-year veteran of law enforcement and the current president of the National Association of Drug Diversion Investigators. He can be reached by e-mail at burke@naddi.org, via the website www.rxdiversion.com, or by telephone at 513-336-0070. 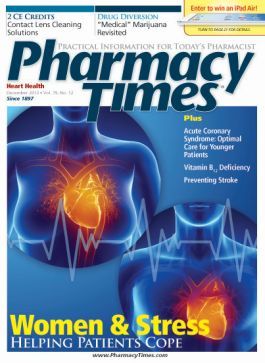