Disinfectant Use Linked to COPD Risk

Healthcare workers may be at risk of chronic obstructive pulmonary disease due to exposure to cleaning products.

Regular exposure to or use of disinfectants may increase the risk of developing chronic obstructive pulmonary disease (COPD), according to a new study presented at the European Respiratory Society International Congress.

In the study, the authors explored the effect of exposure to disinfectants in more than 55,000 nurses, who regularly use the chemicals for cleaning at work. At baseline, none of the nurses had COPD. The authors assessed disinfectant exposure through a questionnaire and adjusted for influencing factors.

After 8 years of follow up, 663 nurses were diagnosed with COPD.

The investigators found that exposure to cleaning surfaces and chemicals in disinfectants increased the risk of COPD between 22% and 32%, according to the study.

"We found that nurses who use disinfectants to clean surfaces on a regular basis—at least once a week—had a 22% increased risk of developing COPD," said researcher Orianne Dumas, PhD. "There was a suggestion of a link with the weekly use of disinfectants to clean instruments but this was not statistically significant."

Specifically, the authors investigated the effects of glutaraldehyde, bleach, hydrogen peroxide, alcohol, and quaternary ammonium compounds (quats). Chronic exposure to these chemicals was found to significantly increase the risk of COPD, according to the study.

Previous studies show that disinfectant exposure can cause breathing problems—such as asthma—among healthcare workers, according to the authors.

"The potential adverse effects of exposure to disinfectants on COPD have received much less attention, although 2 recent studies in European populations showed that working as a cleaner was associated with a higher risk of COPD,” Dr Dumas said. “To the best of our knowledge, we are the first to report a link between disinfectants and COPD among healthcare workers, and to investigate specific chemicals that may underlie this association.”

These findings suggest that these considerations should be included in guidelines for cleaning and disinfecting healthcare facilities, according to the study.

"These are preliminary findings and more research needs to be carried out. In particular, we need to investigate the impact on COPD of lifetime occupational exposure to chemicals and clarify the role of each specific disinfectant,” Dr Dumas said. “We hope to receive funding from the CDC to continue this important work.”

The authors note that certain disinfectants are commonly used in homes as well, which may place non-healthcare workers at risk of COPD. This highlights the need for additional studies, according to the study. 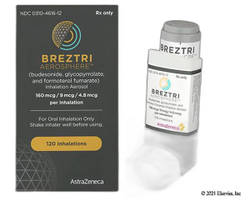 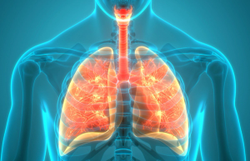