Sara M. Tolaney, MD, MPH: Given the data that are available for the use of CDK4 and CDK6 inhibitors in metastatic hormone receptor—positive disease, I think the class of agents is really something that can be applied uniformly to all patients with metastatic hormone receptor–positive breast cancer at any point in their disease course. We have 3 agents that are currently FDA approved, and all 3 of these agents have an approval in the first-line or second-line setting in combination with endocrine therapy. One of these agents, abemaciclib, also has an approval as monotherapy for patients who progress on prior chemotherapy. These 3 different agents with different approvals can be used in combination with endocrine therapy up front, or even as monotherapy in a late-line setting if someone hasn’t seen a CDK4 or CDK6 inhibitor to date.

There are 3 CDK4 and CDK6 inhibitors that are currently FDA approved. There is palbociclib, ribociclib, and abemaciclib. There are some slight differences between the 3 agents. We know that palbociclib and ribociclib are selective for CDK4 and CDK6, but they work fairly similarly. For example, palbociclib is selective to CDK4 as well as CDK6. Abemaciclib is much more potent against CDK4 than it is against CDK6. So I think biologically, these drugs are slightly different.

We also know that these drugs are dosed differently. For example, both palbociclib and ribociclib are dosed on a 3-week-on-followed-by-1-week-off schedule, as opposed to abemaciclib, which is dosed twice daily but then is also dosed continuously. And so I think scheduling is also a little different. This is partly because of the differences in toxicity. We know that both palbociclib and ribociclib are associated with about a 60% rate of grade 3 or 4 neutropenia, which is different than abemaciclib, which has about a 20% rate of grade 3 or 4 neutropenia. While palbociclib and ribociclib have more neutropenia, abemaciclib has more gastrointestinal toxicity. We know that about 9% to 10% of patients who are receiving abemaciclib therapy experience grade 3 or 4 diarrhea. So again, the scheduling is a little different. Their toxicities profiles are a little different. And biologically, their potency versus CDK4 and CDK6 are slightly different.

CDK4 and CDK6 inhibitors certainly have significant benefits for our patients. We do know that when you add a CDK4 or CDK6 inhibitor on to endocrine therapy in the first-line or second-line setting, there is a dramatic improvement in progression-free survival. So regardless of which agent you choose—whether it’s palbociclib, ribociclib, or abemaciclib—in the first-line setting, the hazard ratios are really almost the same. They are around 0.55, regardless of which agent you’re using.

Recently we’ve also seen data that suggest that adding a CDK4 or CDK6 inhibitor in the second-line setting is actually associated with an overall survival benefit. Data from PALOMA-3 demonstrated that within the endocrine-sensitive subgroup, there was about a 10-month improvement in survival. This is quite striking. So overall, these agents do have significant benefits to our patient population. But I think there are some challenges here. This is a patient population who we used to just give endocrine therapy to. These are patients who we would only have to see in clinic every few months. They weren’t experiencing lots of toxicities. They didn’t require a lot of monitoring. And so, adding on an agent certainly does have implications, because it does add toxicity and it does require monitoring. So from a patient quality-of-life standpoint, I think there are some implications.

Lindsay Shaw, NP: On the other hand, in the second-line setting, I think some of those patients may be offered chemotherapy. They’re certainly happy to know that there is something aside from intravenous chemotherapy that they may have the option to take. And although there is more toxicity and more management, at least up front, it seems that most people have heard about these drugs, are excited about them, and feel grateful for the opportunity to have access to them. 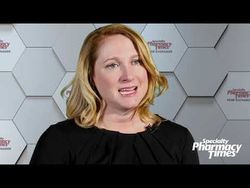 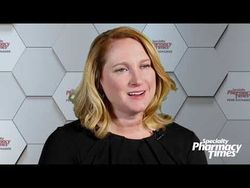 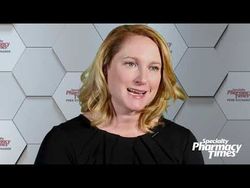