Tecfidera (dimethyl fumarate) has been approved by the FDA for the treatment of relapsing forms of multiple sclerosis.

Tecfidera (dimethyl fumarate) has been approved by the FDA for the treatment of relapsing forms of multiple sclerosis.

Tecfidera (dimethyl fumarate) is an oral fumaric acid derivative approved by the FDA for the treatment of relapsing forms of multiple sclerosis (MS). The majority of medications available to treat MS are administered parenterally, so the availability of oral agents is desirable for patient convenience and ease of administration. The only other oral agent currently available on the market to treat MS is fingolimod (Gilenya), which is associated with numerous warnings, precautions, and adverse effects including QTc prolongation, AV block, bradycardia, hypertension, infection, and macular edema.1,2

Tecfidera is a fumaric acid derivative that has unknown immunomodulation effects that treat the symptoms of relapsing MS. Tecfidera and its active metabolite monomethyl fumarate (MMF) have been shown to activate the nuclear factor-like 2 (NrF2) pathway, which has a role in cellular response to oxidative stress. MMF also acts as a nicotinic receptor agonist in vitro. Tecfidera displays a linear relationship between dose and corresponding peak plasma concentration (Cmax) and overall exposure (AUC) within the dose range studied (120-360 mg). The median time to Cmax of the active metabolite MMF is 2 to 2.5 hours. Tecfidera is metabolized to MMF prior to reaching systemic circulation by esterase expressed in the gastrointestinal tract, blood, and tissues. Tecfidera is mainly excreted as carbon dioxide via exhalation but also in the urine and feces (1%).1,2

The initial dose of Tecfidera is 120 mg administered orally twice daily for 7 days followed by a maintained dose of 240 mg administered orally twice daily. Dosage adjustments are not needed for renal or hepatic impairment. For patients with serious infections, clinicians should consider withholding treatment until the infection is resolved. Tecfidera may be irritating to mucous membranes and should therefore not be crushed or chewed and the capsule contents should not be sprinkled on food. Tecfidera can be taken with or without food; however, administration with food may reduce the incidence of flushing.1,2

Tecfidera has been shown to reduce relapses and development of brain lesions, as well as to slow disability progression over time, while demonstrating a favorable safety and tolerability profile. Tecfidera was FDA-approved based on data from the DEFINE and CONFIRM clinical trials. In DEFINE, Tecfidera significantly reduced the proportion of patients who relapsed by 49% (p <0.0001), the annualized relapse rate (ARR) by 53% (p <0.0001), and 12-week confirmed disability progression by 38% (p = 0.0050) compared with placebo at 2 years. In CONFIRM, Tecfidera significantly reduced ARR by 44% (p <0.0001) and the proportion of patients who relapsed by 34% (p = 0.0020) compared with placebo at 2 years. Additionally, both studies showed that Tecfidera significantly reduced lesions in the brain compared with placebo, as measured by magnetic resonance imaging; however, the reduction in disability progression seen in the DEFINE study was not seen in the CONFIRM study. The most commonly reported side effects in the Tecfidera group in both studies were flushing, nasopharyngitis, diarrhea, headache, and fatigue.3,4

Decreased lymphocyte counts may occur with use of Tecfidera; therefore, a complete blood count should be obtained at least once yearly during use as well as prior to initiation. Flushing may be seen in up to 40% of patients on Tecfidera. Symptoms are worse at initiation of the medication and improved with time. Health care professionals can access more information about Tecfidera, including complete prescribing information, at www.tecfidera.com.1,2

Ashley N. Lewis, PharmD, BCPS, is a drug information specialist at University of North Carolina Hospitals (UNCH). She is currently the pharmacy and therapeutics secretary at UNCH and manages the day-to-day operations of the Drug Information Center and serves as a clinical assistant professor at the UNC Eshelman School of Pharmacy. 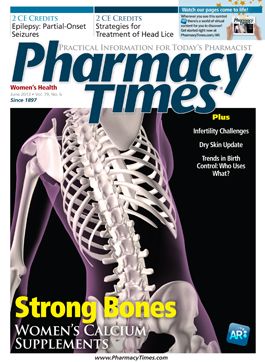