Azathioprine May Be Linked to Increased Skin Cancer Risk

Azathioprine, a drug used to treat a variety of conditions, may contribute to skin cancer development.

Azathioprine, a drug used to treat a variety of conditions, may contribute to skin cancer development, according to a recent study in Nature Communications.

Azathioprine is used to treat inflammatory bowel disease, arthritis, and vasculitis, as well as to prevent organ rejection in transplant patients. Azathioprine is known to cause increased photosensitivity to UVA light, but the new findings indicate an association between the drug and the mutational signature found in cases of cutaneous squamous cell carcinoma (cSCC).

More than 1 million new cases of cSCC are diagnosed annually in the United States. Although many cases are effectively treated with surgery or radiotherapy, there are few effective therapies for advanced cSCC. 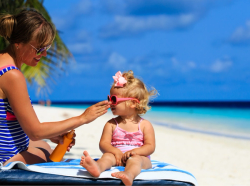