The CEO Award for Staff Excellence acknowledges staff members who perform their job duties with distinction. In addition, recipients must have demonstrated exceptional initiative in contributing to ASHP and upholding its staff values of serving members and embodying a spirit of teamwork, respect, and excellence.

“This award goes right to the heart of what ASHP does and who we are as an organization,” said ASHP CEO Paul W. Abramowitz, Pharm.D., Sc.D. (Hon.), FASHP. “These three outstanding women epitomize the criteria for this award by continually going above and beyond their duties. They each embody true leadership in their respective departments.”

Since joining ASHP more than nine years ago, Cheryl Imirie has worked in a variety of mission-critical positions. Now, as director of the Executive Office, Cheryl leads a team tasked with managing the daily executive operations of ASHP, which includes monitoring the implementation of all organizational policies, programs, services, projects, and activities approved by the Board of Directors and the House of Delegates, as well as maintaining effective relationships with all ASHP departments, staff, and other organizations on behalf of ASHP.

During Linda Leishear’s 40-plus years at ASHP, she has served in numerous capacities across the organization. As director of IT infrastructure and desktop services, Linda’s duties touch every ASHP staff member and extend to ASHP members. In addition to assuring the success of a variety of essential organizational IT and operational tasks, Linda is a highly respected and valued colleague who also participates on a long list of ASHP committees to ensure that technology enhancements and implementation are performed seamlessly and accurately throughout the organization.

Elaine Snow began her career at ASHP as assistant editor for International Pharmaceuticals Abstracts, the Society’s former indexing-abstracting service covering the world’s literature on pharmacy science and practice. She rose to the position of managing editor prior to transferring to AHFS Drug Information, and later became assistant editor. In 2007, Elaine’s excellence in providing day-to-day oversight of AHFS’s editorial team resulted in her promotion to editor of AHFS Drug Information. Since then, Elaine’s responsibilities have expanded further to include acquisition of the Handbook on Injectable Drugs as well as serving as part of a five-year, $26 million Food and Drug Administration contract for enhancing and modernizing professional prescription drug labeling.

ASHP represents pharmacists who serve as patient care providers in acute and ambulatory settings. The organization’s more than 40,000 members include pharmacists, student pharmacists, and pharmacy technicians. For over 70 years, ASHP has been at the forefront of efforts to improve medication use and enhance patient safety. For more information about the wide array of ASHP activities and the many ways in which pharmacists advance healthcare, visit ASHP’s website, www.ashp.org or its consumer website, www.SafeMedication.com. 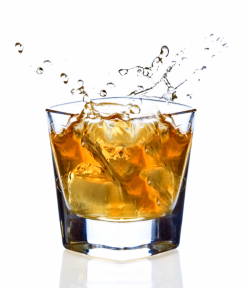