Administration of T-VEC for Treatment of Melanoma

Nanaz Amini, PharmD, RPh, MS, highlights additional considerations that are important for both patients and healthcare professionals to acknowledge when handling and administering, or receiving, T-VEC treatment.

Nanaz Amini, PharmD, RPh, MS: When preparing patients for T-VEC, I would say it’s important that they know, basically, what the injection entails. For most of the patients that we’ve had, we do not give them any kind of injection to numb. In all of our patients, be it on trial or now that we use it as standard of care, we don’t use anything to numb. Obviously, you tell them, “You’re going to have a poke.” But I just go through the process with them as far as the injection—that we clean the area, that we’re going to inject it, that we clean it again, that we change gloves, and that we cover it up. I tell them what they need to do for the care and what to do with their loved ones, as well. They need to be educated.

A lot of times, the caregiver or the partner is not in the room because they just don’t want to see the injection. Therefore, the burden lies on the patient. But usually you’re in a room with them, counseling them, before they actually go into the injection room. Then, everyone is there for you to go over the care that needs to be taken beforehand—as far as coming in for the injection, and how we clean, and what we do—but also what we do during the treatments and how they need to care afterwards. So, that is all gone over with them. It’s pretty much the same from start to end, as to what we do as far as the actual care.

The use of ultrasound is very important, depending on the lesions that they have. If it’s something that’s visible or palatable, you’re not going to use the ultrasound. But if it’s a nodal involvement, then ultrasound is quite important, and we can use that in order to get exactly underneath. You may feel it, but things move and you would definitely use ultrasound-guided in order to help you.

If there is an injection spill of any sort, if it gets on the caregiver, or the healthcare professional, obviously, you would run it down with water for 10 to 15 minutes. But that’s pretty much it as far as a spill (if it gets on to you). However, if you have a physical spill that gets on the ground or somewhere on some kind of surface, you would use bleach, and you would let it sit for about 15 minutes. It could be household bleach, and it’s wiped. So, you treat it just like most spills that you would have in a pharmacy in the sense that you would put bleach on it. You know that you would clean it with something that is virucidal, and it would kill a virus—Sani-Wipes are virucidal. You need to make sure—don’t assume that you can use a wipe—that it is something that would kill a virus.

After the injection, we cover up the patient with a Tegaderm, so hopefully there’s nothing that would ooze. But if it were to fall off before that 1-week period that you like for the dressing to be on, we provide them with another dressing just in case it falls off for whatever the reason is. In order to dispose of the original, if there’s a gauze that’s put on and then over the Tegaderm, we’d put that in a Ziploc bag and dispose of it. But if you’re going to go back and put another Tegaderm on yourself, or if a caregiver or loved one is going to do it, they should wear a protective measure. Obviously, if there’s something oozing, it’s not going to splash in your eye. However, you should wear gloves and make sure that area is cleaned before and after, in order to not have any exposure if there is oozing or anything to that effect.

When preparing for administration, on average, there’s 1 or 2 patients that only have 1 lesion. That’s the only lesion they’ve had, so you just draw up that exact amount and you’re done. We have patients who sometimes have 15 or 20 lesions. For the large ones, I will prepare 0.5 cm, and then going by the bedside, I will just grab a bunch of safety needles and I will change out the needles. The only thing that is very important is that you would have to put the materials in a biohazard container. I usually have one of those smaller ones so I can just change out the needles, right then and there, and put only the T-VEC right there.

You have the initial treatment that’s given to patients. As I said, you have a sheet of paper. Or in the electronic medical record, whoever is actually doing the injection would specifically write how many lesions there are, where the lesions are, and the size that they’re injecting. And when a patient comes back for their second dose, which is 3 weeks from the initial treatment, if there’s new lesions, those are the first to be injected. It’s based on size. The larger ones are first, going to the smaller ones of the new lesions. And then, you would go back. If there’s new lesions, you get to the new lesions first from largest to smallest. And then, if you still have whatever volume left that you’re going to give, or if all of the original lesions are still there, then you hit it again from largest to smallest.

You go to the original ones after you have already injected the first, new lesions that would come. And after that, patients come in every 2 weeks. It follows the same trend that you get to the new lesions treated first. If there’s new lesions that come, again, inject from largest to smallest. And then, with whatever volume you have left, you go to the lesions that you’ve already injected. And as the lesions basically go away, you’re no longer injecting anything. Unless you are done before, you do this for at least 6 months.

You don’t want to come into contact with immunocompromised patients or pregnant people while you’re receiving the T-VEC, especially when their dressing is still on and there’s possible residual of anything left from the T-VEC. Also, healthcare professionals who are immunocompromised or pregnant should not be handling T-VEC altogether. It actually goes to them as well.

Product Storage and Dispensing of T-VEC in Melanoma

Considerations in Use of T-VEC for Melanoma 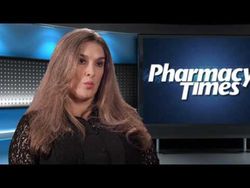