Adherence to PrEP Remains a Challenge

Event-driven PrEP is initiated 2-24 hours ahead of sexual activity, but the most common method of HIV PrEP is a daily oral pill.

Event-driven pre-exposure prophylaxis (PrEP) against HIV has begun to be offered to patients in recent years, presenting an alternative to daily PrEP oral administration. But adherence strategies are still in development, according to the results of a recent study in Thailand.

Event-driven PrEP is initiated 2-24 hours ahead of sexual activity, but the most common method of HIV PrEP is a daily oral pill. Investigators from Thai Red Cross, the Bangkok Service Workers Group, and the USAID Office of Public Health compared characteristics and retention between daily and event-driven PrEP patients to better understand low uptake of event-driven PrEP.

The study team drew on data from Thailand’s “Princess PrEP” program, an initiative at 8 community clinics. All patients were offered a choice between daily and event-driven PrEP.

A sizable majority of 94.8% of patients initially selected daily PrEP. The total counts of patients on daily PrEP and event-driven PrEP were 2516 and 139 respectively. The median age of patients was 30 years; 93.6% reported inconsistent condom use.

The Importance of Pre-Exposure Prophylaxis for HIV 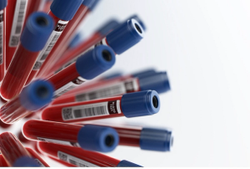