Manesh R. Patel, MD: Maybe [let’s circle] back now to think about other options, because this heparin shortage has made us think about what else can we do. Can we use rivaroxaban in this location and this indication? As you know, other drug shortages that existed, we’ve talked about porcine mucosa and heparin. In the 2000s, unfortunately, mad cow disease led to…bovine heparin being withdrawn from the market. Now there are other sporadic reports of adverse effects. Since we have advanced methods of procuring these heparins from other animals, do you see that making a comeback? I don’t know if it would, but I don’t know what your thoughts are there.

Sarah A. Spinler, PharmD, FCCP, FAHA, FASHP, AACC, BCPS, AQ-Cardiology: There [are] 2 options, bovine and ovine, so we have all the animals covered. We have beef and sheep. When you look at the bovine, it was withdrawn. It’s still produced but not necessarily [approved], certainly not in the United States. But when you look in terms of the production, there is more of a heightened awareness related to the shortage of porcine heparin. If you look in terms of production or preparation, when you compare it, they’re not interchangeable. Pork heparin is not the same as beef heparin, so in terms of the dosing [they] may be a little different. And so what they were trying to do is standardize the dosing. Because you can’t just wholesale change and try [to] figure out the units. And they may not be the same, and then that [leads] to bleeds. So some countries that were using it stopped using it.

The country that is probably closer to getting an approval is more like Argentina, India, Brazil maybe. So there are some countries that are looking at potentially using bovine heparin. Again, that has to do with them refining a monograph that makes it more standardized, so people can expect to get. If you worked in the catheterization lab, you get a dose; you get a response. That’s kind of where they’re at with that. That’s probably not anywhere near approval anytime soon in the United States.

Manesh R. Patel, MD: To wrap things up as we get to the end of our insightful discussion, do you see more work being done on our end, on the dependence of other countries for these medications? Obviously, one might wonder why we can’t do more of either with animals. I understand the limitations of that, or synthetic productions. Are there other things going on to help us with some of these things?

Sarah A. Spinler, PharmD, FCCP, FAHA, FASHP, AACC, BCPS, AQ-Cardiology: There is, in terms of looking at, for instance, some development of sheep and low-molecular-weight heparin sheep production from mucosa. But again, nothing anywhere soon in the United States. The cost of manufacturing in the US has driven manufacturers to use external. But what’s happening is more of the manufacturers are realizing to place all their products in 1 country, whether it’s Hurricane Maria in Puerto Rico or the sheep outbreak of disease in China. I think there’s more of a need for balance, so I think you’re seeing manufacturers look to multisource their products. In fact—even the FDA, once the FDA gets into the response of the drug shortage, they do encourage companies to look to production outside. So not all porcine heparin is produced in China.

What the FDA’s response can do is help ramp up production in some of the manufacturing plants that are external to China. I think that’s 1 of the responses that can occur. But I don’t foresee that they’re going to move back into the United States for production of this product. Perhaps other products, but not when you’re looking at a large production of animal and animal mucosa, because it’s very expensive to raise farm animals in the United States.

Manesh R. Patel, MD: Thanks, really good point. Thank you for, as I said, an insightful discussion. And thank you to our audience for watching this presentation on “ Implications of Potential Heparin Shortage” and other available alternatives. We hope you found this Peers & Perspectives® discussion to be useful and informative. 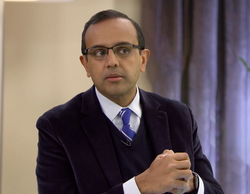 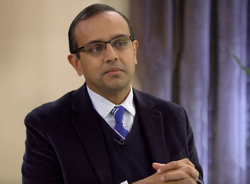 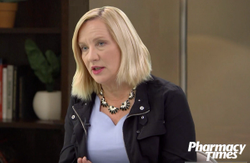