Majority of patients do not adhere to dietary guidelines set by the US Department of Agriculture.

Findings from a recent study suggest that the absence of physical activity and a poor diet may be common among patients with multiple sclerosis (MS). The researchers found that these factors indicate poor health and survival for patients with MS.

Developing other conditions and diseases for patients with MS may delay diagnosis and progression of the disease, so controlling lifestyle behaviors is especially important.

In a study published by the International Journal of MS Care, the investigators explored how SNAP risk factors, such as smoking, poor nutrition, excess alcohol consumption, and inadequate physical activity, cause health conditions in both the general population and in patients with MS.

Prior studies have aimed to determine the impact of each SNAP risk factor on patients with MS, but they have not previously determined how more than 1 risk factor increases health risks.

Included in the study were 69 patients with MS who reported smoking, nutrition, alcohol, and exercise habits. Sociodemographic and clinical characteristic data were also gathered for each patient. Each patient was aged 18 to 64, were relapse-free for the previous 30 days, able to move without assistance, and were not pregnant, the researchers reported.

The smoking habits of patients were gathered using the CDC’s Tobacco Use Questionnaire, which asked how many cigarettes were smoked per day, or if the patient smoked. If a patient smoked frequently, the researchers classified them as smokers, and if the patient has smoked less than 100 cigarettes or have quit, they were considered non-smokers.

Nutrition was assessed by investigators based on consumption of fruit, vegetable, and whole-grain consumption guidelines, as outlined by the US Department of Agriculture. Men who consumed 2 or more alcoholic beverages, and women who consumed more than 1 alcoholic beverage per day, were considered to excessively consume alcohol, according to the study.

Physical activity level was then assessed through the Godin Leisure-Time Exercise Questionnaire that measures the frequency of mild, moderate, and intense physical activity.

The investigators discovered that poor diet was the most prevalent risk factor among patients with MS, with 85.5% of patients not adhering to dietary guidelines, according to the study. The researchers also found that approximately 73% of women and 38% of men did not meet physical activity recommendations.

Co-occurrence of multiple SNAP risk factors varied greatly among men and women. Poor physical activity levels and diet was prevalent among 65% of women, but only 38% of men, the researchers discovered. Of these patients, 90.3% of patients did not meet dietary or physical activity guidelines.

While the nutritional habits of patients with MS have not been largely studied, these findings suggest that these individuals may have comparable or worse habits compared with the general population, according to the study.

“People with MS are far from meeting physical activity and diet guidelines for health benefits and that women are particularly susceptible,” the study authors concluded. “Such evidence supports additional examinations of the correlates of and interventions for individual and co-occurring SNAP risk factors, specifically diet and physical activity levels, in people with MS.” 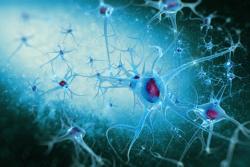