Illicitly Produced Fentanyl: A Growing Cause of Synthetic Opioid Deaths
2018-08-29 16:00:00
Anyssa Garza, PharmD, BCMAS
More than 63,000 drug overdose deaths were reported in the United States in 2016, and of those, about 66% involved an opioid.1,2 The number of overdose deaths involving opioids was 5 times higher in 2016 than in 1999, according to the CDC. And the age-adjusted rate of overdose deaths that involved a synthetic opioid, excluding methadone, doubled between 2015 and 2016.1,2

China and Mexico appear to be the main sources of illicit fentanyl, according to the DEA. Based on seizures, the agency indicates that China supplies lower volumes of high-purity fentanyl and Mexico supplies higher volumes of fentanyl that is lower in purity.3

In a report, the DEA includes a penny as a reference point to show the tiny amount of illicit fentanyl that it would take to induce respiratory depression, arrest, and even death. The DEA indicates that it would take about 2 to 3 mg of fentanyl, equivalent to 5 to 7 individual grains of table salt.3 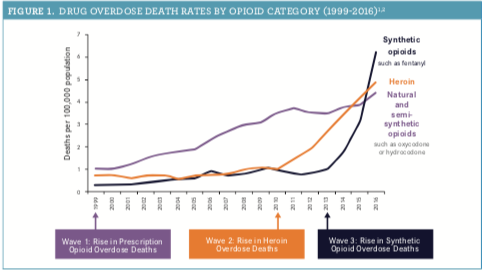 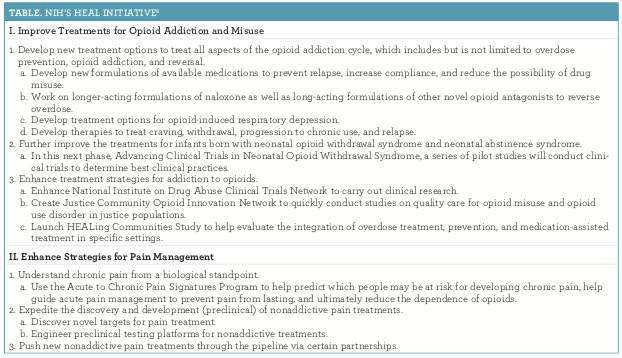 STEPS THAT HAVE BEEN TAKEN
Several strategies have been implemented to address the opioid crisis, including but not limited to prescription monitoring programs, the use of abuse-deterrent formulations of opioids, as well as risk management strategies, including Risk Evaluation and Mitigation Strategies for opioids.4

In fact, ll 50 states have laws that address access to naloxone. However, the laws from state to state vary regarding liability protection, standing order allowances, and third-party prescribing. To learn about the laws regarding access to naloxone in a state, refer to the Prescription Drug Abuse Policy System website.6

NEXT STEPS
Regardless of the steps that have already been taken, an all-hands-on-deck approach is needed to develop and implement effective and sustainable strategies to end the national opioid crisis.7,8

In April 2018, the National Institutes of Health launched the Helping to End Addiction Long-term (HEAL) initiative, bringing together multiple agencies to develop speedy solutions to address the opioid crisis.7 This initiative takes a holistic approach, includes strategies from several angles, and focuses on 2 primary areas:  IN THE NEWS
In May 2018, the FDA approved the first nonopioid treatment to manage opioid withdrawal symptoms, Lucemyra (lofexidine hydrochloride), for adults for up to 14 days.10 The FDA noted that although this new treatment can reduce the severity of withdrawal symptoms, lofexidine hydrochloride may not completely prevent withdrawal symptoms. In addition, the FDA noted that this new medication is not a treatment for opioid use disorder (OUD). However, lofexidine hydrochloride can be used as part of a broader, long-term treatment plan for managing OUD.10

The FDA said that as of June 2018, it had taken action against 53 websites marketing misbranded and unapproved versions of opioids that included oxycodone and tramadol.11

Also in June, the FDA approved the first generic versions of Suboxone sublingual film in hopes of increasing access to opioid dependence treatment.12

All hands on deck, indeed.

Anyssa Garza, PharmD, BCMAS, received her doctor of pharmacy degree from the University of Texas at Austin. She
is the vice president of content and patient education programs at Digital Pharmacist and an adjunct assistant professor at The University of Texas at Austin College of Pharmacy.
37008
Illicitly Produced Fentanyl: A Growing Cause of Synthetic Opioid Deaths
More than 63,000 drug overdose deaths were reported in the United States in 2016, and of those, about 66% involved an opioid.
/publications/issue/2018/August2018/illegally-produced-fentanyl-a-growing-cause-of-synthetic-opioid-deaths