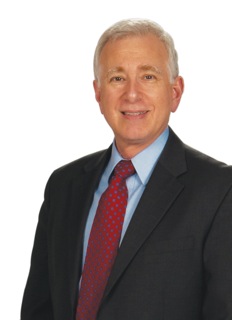 Pharmacy Times welcomes this guest post from B. Eliot Cole, MD, a member of the Pain Management editorial advisory board who has served in executive positions for several prominent pain management organizations and societies, including the American Society of Pain Educators and the American Academy of Pain Management. This post was originally published on HCPLive.

Simply put, the FDA has decided that generic forms of the original formulation of OxyContin will not be allowed in the US market, period. The original form of OxyContin has been replaced by reformulated OxyContin (OxyNEO in Canada). This will mean that “hardened” forms of oxycodone and other extended-release (ER) or long-acting (LA) opioids will likely be required to employ “safety” features to be sold in the US.

Attempts to bring lower-cost generics, or alternative forms of controlled-release oxycodone to the US market will require competing manufacturers to utilize safety mechanisms such as incorporating multiple polymers to prevent users from crushing the pills into a fine powder, adding components to create gelling if added to water, or employing an opioid antagonist or some type of irritant in the medication to make misuse or abuse a very unpleasant experience.

The April 16 FDA press release also recognized the changes made by Purdue Pharma to “harden” reformulated OxyContin, and granted permission for a label change indicating “the product has physical and chemical properties that are expected to make abuse via injection difficult and to reduce abuse via the intranasal route (snorting).” This is the first time the FDA has permitted a drug manufacturer to state that a narcotic medication has tamper-resistant properties.

Douglas Throckmorton, MD, deputy director for regulatory programs in the FDA’s Center for Drug Evaluation and Research said, “The development of abuse-deterrent opioid analgesics is a public health priority for the FDA,” and that while “both original and reformulated OxyContin are subject to abuse and misuse, the FDA has determined that reformulated OxyContin can be expected to make abuse by injection difficult and [be] expected to reduce abuse by snorting compared to original OxyContin.”

It will be interesting to see whether the FDA makes a similar ruling regarding Endo Pharmaceuticals and Opana. The New York Times recently reported that Endo “has also petitioned the FDA seeking a similar claim of abuse resistance for a newer version of one of its drugs, Opana. If that claim proves successful, generic versions of the original form of Opana would also be barred.” The Times article also stated that “Over the last year, Purdue Pharma and Endo have pushed for federal legislation that would require many opioids to be tamper-resistant, and lobbied in favor of similar state laws.”

This decision is likely to create pressure on all makers of ER/LA opioids to incorporate abuse-resistant or abuse-deterrent features in their medications. Currently, there is a 4-year Risk Evaluation and Mitigation Strategy (REMS) effort to train 320,000 US prescribers to better screen and treat pain sufferers with opioid analgesics. Together, the new push for “hardened” medications and better prescribing practices may significantly reduce overdose deaths associated with opioid misuse and abuse.

B. Eliot Cole, MD, MPA, FAPA, CPE, is a member of the Pain Management editorial advisory board. He has served in executive positions for several prominent pain management organizations and societies, including the American Society of Pain Educators and the American Academy of Pain Management. He has been a pain management fellow, clinician, educator, and advocate for nearly 30 years and has practiced in a variety of settings serving a wide range of patients.
Share:
10073
FDA Bars Generic Version of OxyContin
The FDA will not approve generic forms of OxyContin that lack abuse-resistant features-and OxyContin's manufacturer will be able to state that the drug has tamper-resistant properties.
/news/FDA-Bars-Generic-Version-of-Oxycontin