The 2019 NPF includes access to 3886 drugs for a total savings of $3.2 billion, according to Express Scripts. The pharmacy benefit manager (PBM) excluded 48 drugs from the NPF, of which 22 have low-cost generic alternatives, 12 have branded competition with drugs that have the same active ingredient but with a lower net cost, 11 specialty drugs with lower-cost or biosimilar alternatives, and 9 short-term treatments, such as topical creams and ophthalmic treatments.

“Despite promises to limit price increases, drugmakers are trying to game the market by delaying generic competition, blocking access to safe and effective biosimilars, and coyly deferring—not cancelling—list-price increases,” Express Scripts stated in a press release. “This is why our work to expand access and maximize value is more important now than ever.”

The PBM uses an independent panel to make recommendations for the NPF before negotiating costs with pharmaceutical manufacturers to ensure the treatments are appropriate and cost-effective, according to a company press release. The process to create the NPF includes data analytics, pharmacological evidence, and predictive modeling, according to the PBM.

Atripla was dropped in favor of efavirenz, lamivudine, and tenofovir disoproxil fumarate (Symfi and Symfi Lo) due to a list price that is 40% higher than the alternative. In addition to Sovaldi in the HCV space, glecaprevir/pibrentasvir (Mavyret) was dropped in favor of the lower cost elbasvir and grazoprevir (Zepatier), as well as market-leading therapies ledipasvir/sofosbuvir (Harvoni), sofosbuvir/velpatasvir (Epclusa), and sofosbuvir/velpatasvir/voxilaprevir (Vosevi).

Also excluded from the NPF were blood thinners dabigatran etexilate (Pradaxa) and edoxaban (Savaysa) in favor of apixaban (Eliquis) and rivaroxaban (Xarelto).

Express Scripts said that approximately 0.2% of its members enrolled in an NPF plan will have a change to their medication access next year, adding that all affected members will have access to formulary alternatives, including preferred brands and generics. For patients who have complex conditions that require therapy stability, those currently using an excluded medication, such as Atripla or Mavyret, will automatically maintain their coverage, according to Express Scripts. 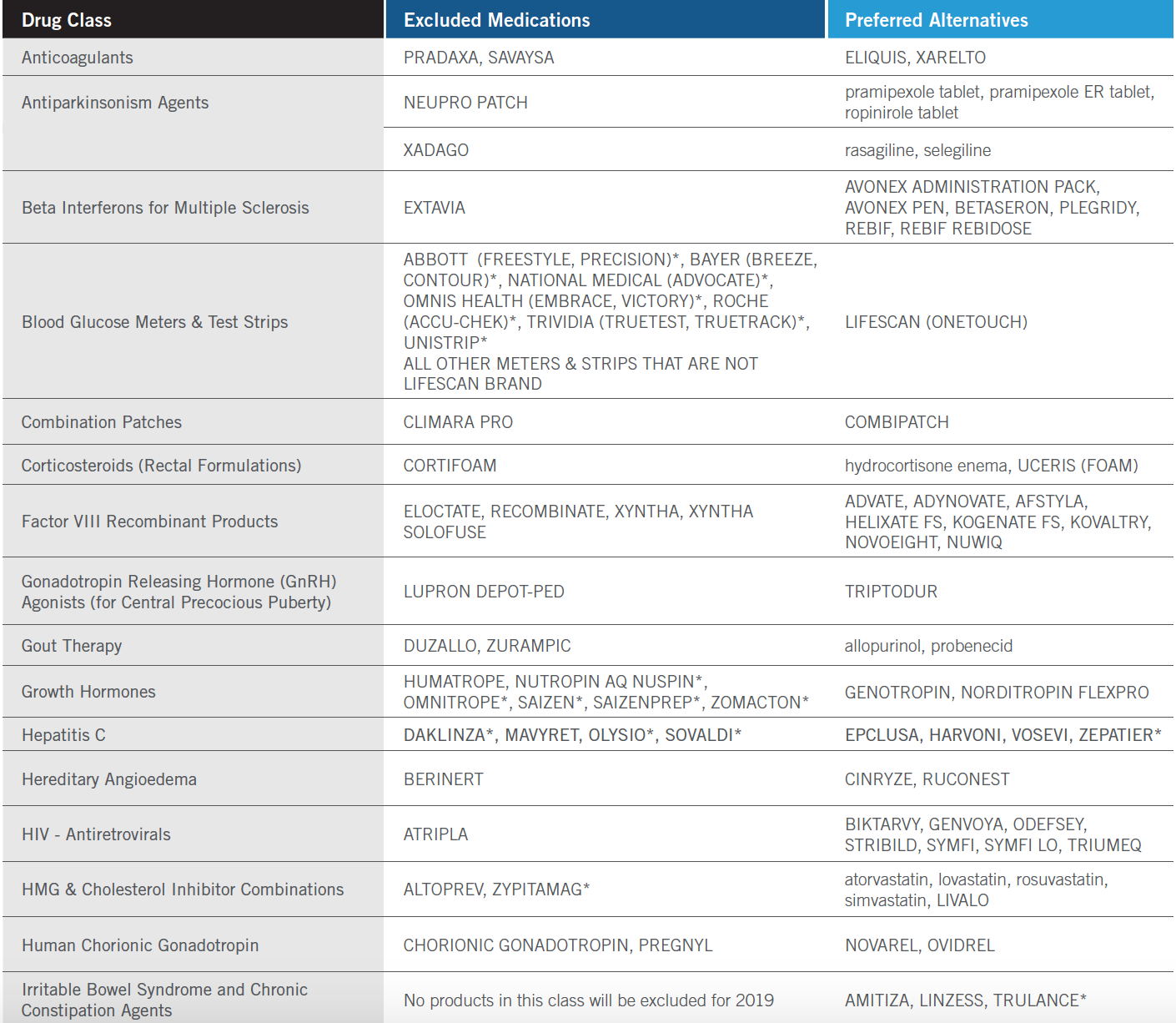 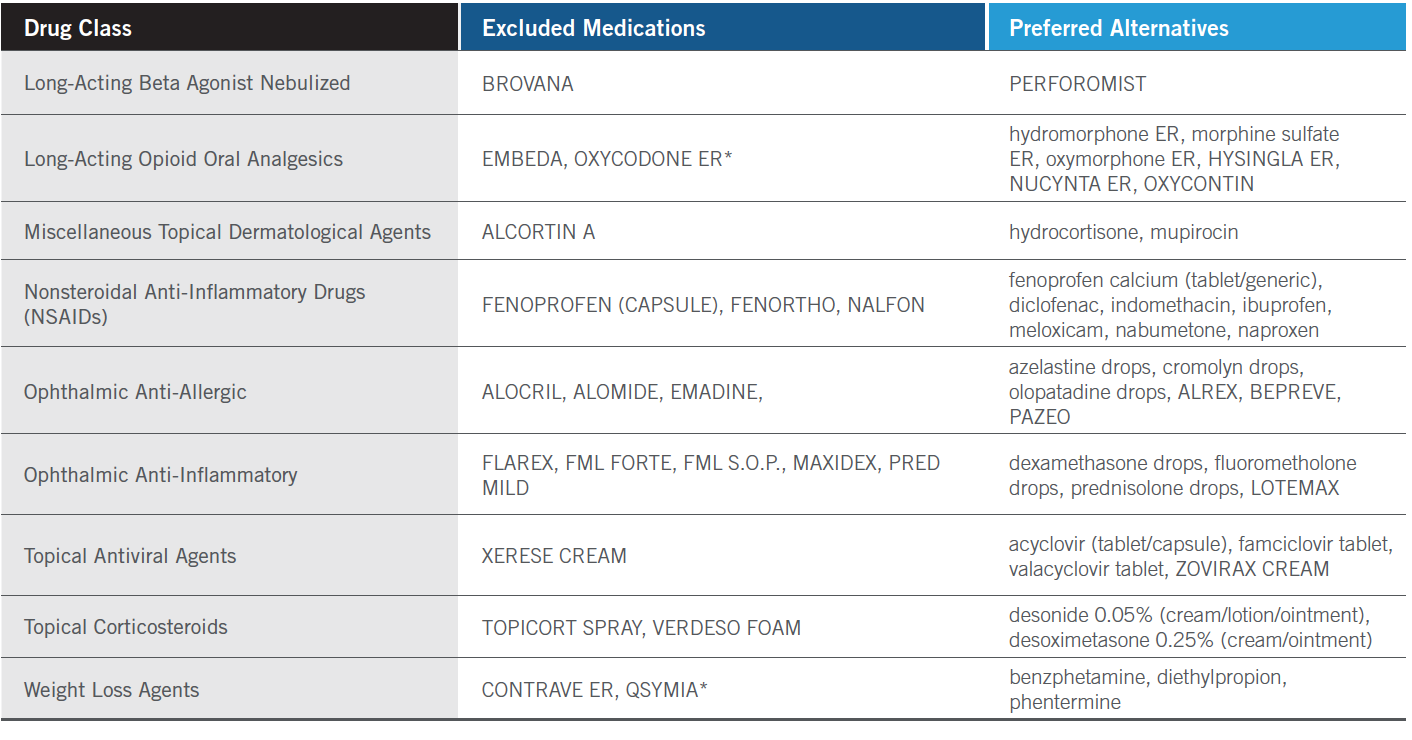