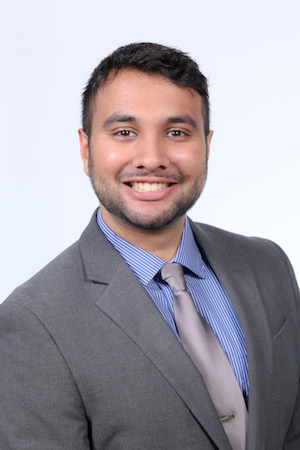 Many students wish to travel the world, and I was no different. I envisioned my pharmacy school career to be as globally informed as possible, and I knew that the University of Maryland School of Pharmacy would be the right fit. The school of pharmacy was teeming with international opportunities, and I pursued as many as possible. My story consists of 6 countries, 4 school years, and 1 student pharmacist, reflecting a world class PharmD education.

I hit the ground running on an interprofessional Global Medical Brigade to Sartenejas, Honduras, and I was very intimidated by the upperclassmen's ability to hop right into setting up a running health clinic. Having only completed 1 semester, I knew very little clinical information, I had little pharmacy experience, and I did not know how to interact with kids.

I was not the only one who embarked on a mission trip for the first time, but I felt that I had to urgently brush up on my clinical and communication skills if I were to make a substantial difference. I also wished I had reviewed more common medical Spanish terms.

My first global health experience felt very humbling, and this lit a flame inside me to become better. Not surprisingly, I foresaw myself embarking on a second Global Medical Brigade the following year. But before I embarked on another brigade, however my second international journey consisted of a national leadership enterprise: I represented American Pharmacists Association Academy of Student Pharmacists (APhA-ASP) as a voting delegate at the 2015 International Pharmaceutical Students' Association (IPSF) Pan American Regional Symposium (PARS) in San Luis, Argentina.

Once again, I frantically hit the ground running, because PARS marked my first national leadership role for APhA-ASP. Although most of the symposium was facilitated in Spanish, the multilingual attendees graciously translated for me, and I was even more determined to further brush up on my Spanish-speaking skills. I was incredibly fortunate to meet ambitious student pharmacist leaders from around the world, and the friends I made at the symposium from Singapore were equally inspired to learn more Spanish.

Finally, the time for my second Global Medical Brigade arrived during my P2 year. I felt confident about achieving personal redemption, as I was equipped with my APhA-issued Spanish for the Pharmacy Professional book.

Our team traveled to Las Lomas, Nicaragua, and I felt determined to be proactive and productive once we landed. I improved my ability to take standing blood pressure readings in loud settings, expedite communication to Spanish-speaking patients alongside a certified translator, execute basic pharmacy operations, efficiently perform patient data entry, and educate young children about dental hygiene.

Later in my P2 year, I encountered a unique interprofessional opportunity to go on a mission trip with a group initially created by our university dental students. The dental students formed the campus chapter of International Service Learning, and they were planning a public health mission trip to May Pen, Jamaica, and I successfully earned acceptance to join the group on the mission trip as the team’s only student pharmacist. I was responsible for managing all our clinic’s pharmacy operations alongside the Jamaican health care professionals that graciously mentored us. Although the responsibility initially felt daunting, I was thoroughly prepared, based on my previous successful global health experiences.

Less than a week after returning home from Jamaica, I had to quickly pack for a month-long internship in Yishun, Singapore. Remember the Singaporean friends I made from PARS in Argentina? They motivated me to pursue a health-system pharmacy internship through an IPSF Student Exchange Program at Khoo Teck Puat Hospital. I was inspired by the omnipresent professionalism among the pharmacy staff, and I was intrigued by the ubiquitous cultural diversity. Of note, outpatient community pharmacists played highly involved counseling roles for patients, even when they were intending to purchase OTC medications that would be deemed trivial by consumers in the United States. That summer of 2016 was so packed with global health experiences stemming from Jamaica and Singapore that I had to write a blog post about it.

Finally, I got accepted to a competitive international fourth-year renal transplant rotation at The Royal Melbourne Hospital in Australia. I was constantly challenged by the nuanced clinical issues that required clinical pharmacist interventions. Immunosuppressant dosing regimens needed to be tailored to each individual patient based on multiple factors. Such factors include whether the patient’s kidney donor was alive, the extent of tissue compatibility between the kidney and the recipient, the patient’s ability to adhere to regular medications, and the patient’s tolerance of adverse effects.

The rotation was by far the most fulfilling international experience because I was able to involve myself in a highly specialized clinical setting. Not surprisingly, I learned so much about renal transplant and Australian health care that I wrote another blog post reflecting on my experience.

Overall, I learned myriad life and professional lessons from my travels. From packing essentials to adapting to cultural norms, I have grown tremendously as a future pharmacist. More importantly, I am determined to pursue professional goals that are aligned with making the world a better place. Ultimately, public health should be a global priority, and I believe that pharmacists can unite in providing optimal patient care, because pharmacists are the most accessible health care professionals.
Mudit Verma is a PharmD candidate at the University of Maryland School of Pharmacy.
36194
A World Class Education Through Global Pharmacy Experiences
Six countries, 4 school years, and 1 student pharmacist, reflect a world class PharmD education.
/news/a-world-class-education-through-global-pharmacy-experiences