When to Educate Epilepsy Patients, Caregivers about Sudden Death Risk

Even though most patients and their caregivers want to know about sudden unexpected death in epilepsy (SUDEP), if and when health care professionals should provide related information remains up in the air.

Even though most patients and their caregivers want to know about sudden unexpected death in epilepsy (SUDEP), if and when health care professionals should provide related information remains up in the air.

SUDEP occurs in 1 in 1000 epilepsy patients annually, but the risk can exceed 10% per decade among high-risk patients.

According to recent research published on behalf of the International League Against Epilepsy, the majority of patients and caregivers want to be educated about SUDEP, despite the fact that many of them report feeling fear, anxiety, and sadness surrounding the risk. About half of the patients and caregivers in the study also reported that knowledge about SUDEP would influence their epilepsy management.

Previous research has shown that few health care professionals discuss SUDEP with each of their epilepsy patients. Some of the reasons they avoid bringing up the topic include a reluctance to stir up fear, not wanting to disrupt the relationship with their patient, and their inability to prevent SUDEP.

The more recent study administered a questionnaire at a clinic and via the Internet. The questions revolved around how the patients and caregivers learned about SUDEP, their first reactions to the risk, their epilepsy history, and how education about SUDEP might influence them.

Close to 1400 patients and 600 caregivers were surveyed, and the respondents via the Web were more likely to be educated about SUDEP than those at the clinic. Overall, 76% of caregivers knew about SUDEP, while 65% of patients had heard of SUDEP. Those who knew about SUDEP tended to have more severe or longer epilepsy episodes or have an epilepsy specialist as their primary care provider.

The majority of the Internet respondents who had heard of SUDEP (71%) said they wanted their health care professional to tell them about it, while 26.7% said they would want information only if their risk was high. The remaining 2.3% said they did not want to be told.

A little more than one-third of the Internet respondents (37.4%) said they would like to discuss SUDEP at the time of their epilepsy diagnosis, 23.1% at follow-up if their seizures were not controlled, 27.2% at follow-up regardless of seizure control, and 12.3% when the patients or caregivers ask about it. The clinic respondents’ results were similar.

“Our results may help epilepsy care providers determine when to facilitate a discussion about epilepsy-related mortality and SUDEP among patients and caregivers and to educate those at high risk about the importance of seizure control as well as reduce fears about death in patients with well-controlled and nonconvulsive epilepsies,” the study authors wrote. 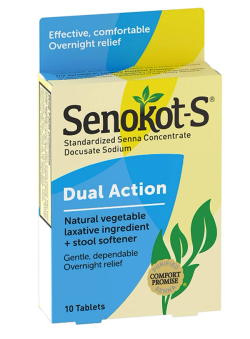