Study evaluates the safety profile of upadacitinib at 15 mg and 30 mg once daily for patients with moderately to severely active rheumatoid arthritis.

Upadacitinib, a Janus kinase inhibitor, has shown promise treating rheumatoid arthritis (RA) but may increase the risk for herpes zoster and other conditions.

The study, conducted by investigators at Metroplex Clinical Research Center and published online in the Annals of the Rheumatic Diseases, evaluated the safety profile of upadacitinib at 15 mg and 30 mg once daily for patients with moderately to severely active RA.

The study included 3834 patients administered 1 or more doses of upadacitinib 15 mg (n = 2630) or 30 mg (n = 1204), for a total of 4020.1 patient-years of exposure. The most common reported TEAEs were upper respiratory tract infections, nasopharyngitis, and urinary tract infections.

The rates of deaths, malignancies, adjudicated major adverse cardiovascular events (MACEs), and venous thromboembolic events (VTEs) were similar across all the treatment groups. 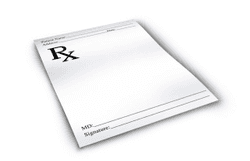