A multicenter study will examine whether a drug used to treat rheumatoid arthritis can improve kidney transplant patients' health.

A multicenter study will examine whether a drug used to treat rheumatoid arthritis can improve kidney transplant patients’ health.

Researchers from several medical centers will use rheumatoid arthritis drug tocilizumab in a study to determine whether the drug improves kidney transplant patients’ long-term survival. The study will include 2 clinical trials.

Preclinical studies show that the cells can be used to control responses in graft-versus-host disease; however, additional research on Treg reactivity, dosing, adjunct immunosuppression, and infusion timing is needed.

The goal is to control inflammation in kidney transplant recipients by increasing the number or activity of Tregs by either infusing the cells into the body or by using tocilizumab to block the inflammatory effects of interleukin 6, the press release stated.

The results of small patient studies suggest a significant, sustained increase in Tregs following tocilizumab treatment, leading to the theory that the drug will increase Treg population in patients who received kidney transplants.

The National Institutes of Health will fund this 7-year, $17-million study investigating the therapy. In addition to the University of California, San Francisco, the University of Alabama at Birmingham, Emory University, and Cedars-Sinai Medical Center will participate in the research.

According to principal investigator Flavio Vincenti, MD, UCSF professor of medicine, the research holds the promise of personalized treatments for transplant patients.

“This grant allows us to work toward achieving 2 important advances in the transplant field,” Dr. Vincenti said. “We can introduce personalized medicine by treating patients based on molecular profiling of their kidney. We also can allow control of the response to the transplant by the patient’s own immune systems by regulatory T cells, either through infusions or pharmacologically.” 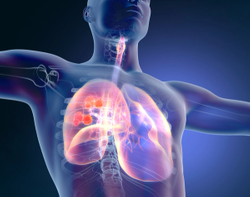 HOPA 2021: New Therapies on the Horizon for Advanced NSCLC

The Role of Pharmacists in Diabetes Management