Using multiple languages may help to protect the brain against age-related cognitive decline.

Actively speaking multiple languages can help protect against cognitive decline, according to research published in Neuropsychologia.

Languages not only allow us to communicate with others, but also help to shape how we see the world. New research suggests that it may also protect against cognitive decline and aging, along with other neurological benefits.

Investigators interviewed patients across 4 hospitals in Barcelona and the metropolitan area. In total, the study included 63 healthy individuals, 135 patients with some mild cognitive impairment such as memory loss, and 68 people with Alzheimer disease, which is the most prevalent form of dementia.

Investigators then assessed their proficiency in Catalan and Spanish using a questionnaire to establish the degree of bilingualism of each participant. Bilingualism was graded on a scale from those who speak 1 language but are exposed to others to those who speaksand use both languages interchangeably.

According to the study, active bilingualism was found to be an active predictor in the delay of the onset of mild cognitive impairment. The study authors stated that the more an individual uses 2 languages, the greater the neuroprotective advantage.

"We saw that people with a higher degree of bilingualism were given a diagnosis of mild cognitive impairment later than people who were passively bilingual", said lead investigator Marco Calabria, PhD, in a press release.

Investigators hope future research will focus on whether bilingualism is also beneficial in the prevention of other neurological diseases, such as Huntington disease or Parkinson disease. 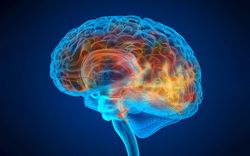