Pharmaceutical companies have been turning to social media to connect with patients, but some of their efforts cause concern among consumer protection groups.

According to a December 3, 2012, report on National Public Radio (NPR), drug makers joined the social media trend several years ago, with some going as far as creating their own social media websites for patients with chronic illness. Others have stepped up efforts with Twitter and Facebook, and have considered branching out into Pinterest and Instagram. The report focused on diabetes care, noting an active pre-existing community, as well as high disease prevalence.

“Getting involved in social media is a critical component of serving the diabetes community,” Dennis Urbaniak, of Sanofi US’s diabetes divison, told NPR.

Still, other companies sponsor patient bloggers—several of whose blogs predated the company’s efforts&mdash;as event speakers or with free products. The sponsorships have the Center for Digital Democracy, a consumer protection group, questioning the blogging arrangements, despite disclosures on some blogger sites. According to the center, the promotions are deceptive advertising.

“The FDA and [Federal Trade Commission] need to create a whole new system for disclosing when a blogger or group gets paid by pharmaceutical companies,” Jeff Chester of the Center for Digital Democracy told NPR. “Because you might find on a pharmaceutical website a series of videos that have been tested, by the way, to make sure that they really deliver the message, and these messages, testimonials, appear to be people like you. Although sometimes they are, in fact, paid or allied with a drug company.”

The FDA is drafting guidelines to cover drug companies’ social media presence although no one from the agency was available for comment in the article, NPR stated.

According to Urbaniak, the interaction from social media helps his company connect with patients, while also providing feedback on advertising. “In the past, the ads would always show the perfect blood sugar number and the community says, ‘You know, that’s a bit insulting because it implies it is always easy to get this,’” he told NPR. “‘Show a number that’s high or show a number that’s low. Make it real.’ And so this is the kind of feedback that’s been really helpful.” 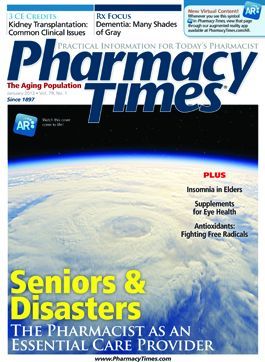