Pharmaceutical Compounding Versus Manufacturing: Renewed Interest in an Old Question

The New England Compounding Center experience points to an immediate need for clarification of exactly where the dividing line is between compounding and pharmaceutical manufacturing.

The recent national tragedy resulting from contaminated compounded sterile products produced by the New England Compounding Center (NECC) has rekindled an old debate about what constitutes pharmaceutical compounding versus manufacturing and who should regulate these processes. NECC is a licensed pharmacy in Massachusetts that produced compounded sterile products that often were not available on a mass scale. In this case, recent preparations of preservative-free methylprednisolone injection from NECC contained fungal contamination. This product was shipped to patients at 76 facilities in 23 states, putting nearly 14,000 patients nationally at risk for fungal infection. To date more than 450 patients have developed fungal meningitis and 33 deaths have been reported.1 The magnitude of the contamination and subsequent illness makes this the worst case of error and harm in the United States related to compounding pharmacies and raises the question of whether or not operations like NECC are circumventing US Food and Drug Administration (FDA) regulations and safety standards.

Compounding of medications was a mainstay of pharmacy practice and the primary method by which drugs were prepared until the advent of more commonly supplied pharmaceuticals from large-scale manufacturers. However, pharmaceutical compounding is still an important element of pharmacy practice for patients with unique individual medication needs that can’t be met with commercially available products. The reasons for these special needs vary. Patients often require different strengths of medication or different dosage forms than what are generally available from pharmaceutical suppliers. Patients who are allergic to common ingredients in commercially available products might require a special formulation, or a manufacturer may simply be unable to supply a product that had been previously available.

Over the past several years, drug shortages have been a significant contributor to the growing business of compounding pharmacies. The American Society of Health-System Pharmacists currently lists 225 products on its shortage website.2 As a result, pharmacies specializing in compounding have become more prevalent, and it is estimated that there are currently thousands of such pharmacies in the United States.

Another factor contributing to the growth of compounding pharmacies was the introduction of US Pharmacopeia (USP) chapter 797, which is directed toward compounded sterile products.3 This chapter was developed to help improve patient safety by developing standards designed to reduce large content error and contamination errors in compounded sterile products. USP 797 was implemented in 2004 with a revised chapter issued in 2008. USP chapters numbered under 1000 can be enforced by the FDA, adopted by state boards of pharmacy, and used as benchmarks in surveys by accreditation bodies such as The Joint Commission. Although these USP standards have produced excellent enhancements in patient safety, many healthcare entities lack the means to meet USP 797 requirements and as a result have turned to external sources for their compounded sterile product needs.

Currently, compounding pharmacies are regulated by individual state boards of pharmacy. Generally it is required that USP chapters 797 and 795 (nonsterile compounding) standards must be met, and PCAB also developed voluntary national standards for compounding. But the primary responsibility for oversight and compliance rests with the state boards of pharmacy. In contrast, manufacturing of drugs is governed by the FDA, and drugs are approved for manufacture through the New Drug Application or the Amended New Drug Application process. The major issue at hand is this: When does compounding “cross the line” and become manufacturing?

There is a long history of movement toward increased FDA oversight of compounding that has been opposed by pharmacy compounding groups. In 2002 this issue made it to the US Supreme Court.6 The court held that an element of the 1997 Food and Drug Administration Modernization Act, which restricted advertising by compounding pharmacies, was unconstitutional. However, the court did not rule on an additional element of the Modernization Act that essentially exempted compounded products from FDA oversight by declaring that they were not new drugs.

This ruling has created different opinions at the circuit court level concerning how much discretion the FDA has over compounded products. The FDA attempted to address this issue with its 2002 Compliance Policy Guide, wherein it supported the traditional practice of pharmacist compounding for an individual patient prescription but stated its concern with compounding pharmacies preparing multipatient batches of medications in anticipation of prescriptions. The FDA called it manufacturing under the guise of compounding.7 In addition, the Compliance Policy Guide includes 9 elements that could trigger FDA involvement in compounding practice:

1. Compounding in anticipation of receiving prescriptions.

2. Compounding drugs removed from the market for safety reasons.

3. Compounding from bulk ingredients not approved by the FDA.

4. Receiving, storing, or using drugs not approved by the FDA.

7. Compounding for third parties for resale.

8. Compounding drugs that are essentially the same as commercially available products.

9. Failing to operate in conformance with applicable law.

In response to concern over the number of reporting problems with errors involving compounded drugs, in 2003 the Senate Committee on Health, Education, Labor and Pensions conducted hearings on the FDA’s role in the regulation of compounded products. Unfortunately, these hearings did not produce any further clarifi cation on this issue.8 A subsequent congressional attempt to construct an FDA advisory panel on compounding pharmacies was defeated under heavy lobbying by the International Academy of Compounding Pharmacists.9

In 2007 a bipartisan Senate coalition led by Senator Edward Kennedy (D-MA) drafted the Safe Compounding Drug Act, which was intended to clarify the regulatory gaps and oversight issues around compounding and manufacturing. The International Academy of Compounding Pharmacists and multiple other pharmacy organizations argued that the legislation would significantly impact patient access to needed medications and have unintended negative consequences. In the face of strong pharmacy opposition, the legislation did not successfully move out of committee.10

A TIME FOR ACTION

Although all the facts on the NECC situation are yet to be known, it seems clear from initial reports that the offending methylprednisolone injection was being massprepared in anticipation of prescriptions instead of in response to legitimate prescriptions, making this a situation much closer to manufacturing than compounding. This tragedy highlights multiple opportunities for improvement in the US drug delivery process. It is clear that the preparation of a compounded product for an individual patient is and should be a legitimate element of pharmacy practice regulated by state boards of pharmacy. However, the NECC experience points to an immediate need for clarification of exactly where the dividing line is between compounding and pharmaceutical manufacturing.

Equally important is determining where the FDA’s authority lies, as opposed to individual state agency regulation. With thousands of compounding pharmacies in place today, that also raises the question as to whether the FDA has the infrastructure and resources to effectively provide oversight for these operations. All state boards of pharmacy should adopt the enhanced safety standards provided by USP 797 as the national practice standard.

However, we should also recognize that not all operations will be able to fully implement USP 797, making it necessary to outsource some of their sterile product compounding. In a recent survey by Pharmacy Purchasing & Products, 66% of responding organizations indicated that they outsource at least a part of their sterile compounding needs.11 We need to work toward national standards for this outsourcing. Simply getting a copy of the pharmacy license and some quality reports is not enough. A good place to start is the American Society of Health-System Pharmacists guidelines for outsourcing.12 Also, the American Society of Health-System Pharmacists Research and Education Foundation has developed a tool for assessing providers of outsourced sterile products.13

Finally, we must continue to address the issue of drug shortages. Although this issue is multifaceted, the continuing interruption in the supply of critical injectable medications leaves little alternative for many organizations but to purchase these products from compounding pharmacies.

The tragic consequences of the NECC situation should, once and for all, remove any debate over the need to effectively define and regulate compounding and manufacturing. Mass production of sterile pharmaceuticals should be governed by Good Manufacturing Processes with FDA oversight. However, as mechanisms to accomplish this end are discussed, we must also be careful to consider access versus oversight issues and not to create situations where patients are harmed by being unable to receive a needed medication. In short, we must effectively balance safety needs with supply needs. 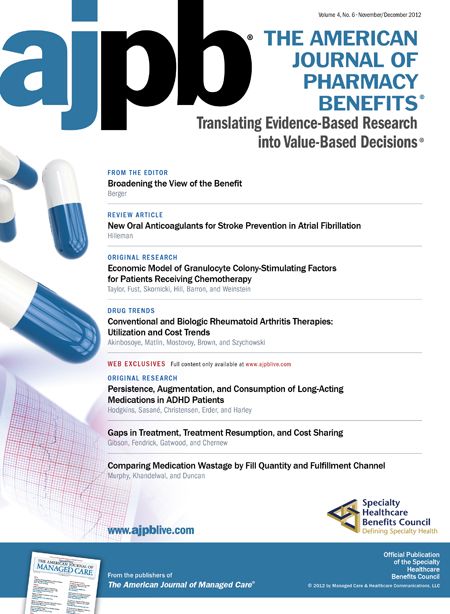