Treatment of Comorbid Diabetes and Dyslipidemia: A Novel Role for Colesevelam

This article is brought to you by

Diabetes mellitus (DM), a multifactorial metabolic disease, affects more than 180 million people worldwide, and is expected to affect approximately 360 million people by 2030.1 In the United States, an estimated 24 million adults and children have been diagnosed with either type 1 or 2 DM.2 Type 1 DM, accounting for roughly 10% of the affected population, is characterized by the destruction of pancreatic insulin-producing beta-cells through an autoimmune mechanism. Type 2 DM (T2DM) accounts for the remaining 90% of DM cases in the United States, and is characterized by reduced sensitivity to insulin and decreased insulin production by pancreatic beta-cells, resulting in decreased peripheral glucose uptake and increased hepatic glucose production.3

Compared with patients without diabetes, those diagnosed with T2DM are at greater risk for developing primary and secondary complications, such as macrovascular and microvascular disease.4 Reducing a patient’s blood glucose levels and 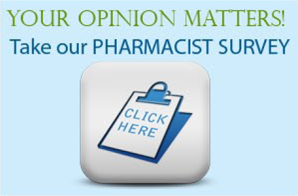 glycosylated hemoglobin (A1C) reduces risks of such complications. Guidelines suggest that patients achieve an A1C level <7.0% or <6.5%, or as close to normal (ie, 6.0%) that does not produce significant hypoglycemia.5,6

Colesevelam hydrochloride (Welchol) is FDA-approved for the treatment of T2DM in combination with a sulfonylurea, metformin, and/or insulin therapy. 7 Colesevelam HCl is the only bile acid sequestrant that is FDA-approved as an adjunct to diet and exercise to improve glycemic control in adults with T2DM. It is also approved for the treatment of primary hyperlipidemia (as monotherapy or in combination with a statin). In adults with T2DM, colesevelam HCl reduces both low-density lipoprotein cholesterol (LDL-C) and A1C.8

Mechanism of Action for Glycemic Effect

Three randomized, placebo-controlled, phase 3 studies in T2DM investigated the effects of colesevelam HCl 3.75 g/day as add-on therapy to sulfonylurea, metformin, and insulin-based antidiabetic regimens. All 3 studies enrolled patients between 18 and 75 years of age with an A1C between 7.5% and 9.5% (inclusive) who were on stable diabetes medications (>90 days). They were conducted in a “real world” setting, with no washout of existing medications. Cholesterol-based inclusion criteria were serum LDL-C levels ≥60 mg/dL and serum triglyceride (TG) levels <500 mg/dL. Colesevelam HCl and placebo were both dosed as 3 tablets with lunch and dinner, or as 6 tablets once daily with dinner.7,9 The addition of colesevelam HCl produced positive results regarding both glucose and cholesterol management, by significantly lowering both A1C and LDL-C.10-12

The standard colesevelam HCl dosing schedule in these studies was 3.75 g daily (six 625-mg tablets), given as 3 tablets twice daily or 6 tablets once daily.7 A 3.75-g daily dose in the form of an oral suspension (sugar-free, citrus- flavored powder for reconstitution with water) was recently approved by the FDA.7,12 In clinical trials of adult patients with T2DM, colesevelam HCl administration was divided between the noon and evening meals, whereas a single daily-dose schedule was administered with the evening meal.10-12 Afternoon or evening dosing schedules are considered beneficial to patients with multiple medications, because this may avoid interactions with morning medications.

Welchol is indicated as an adjunct to diet and exercise to:

Important Limitations of Use

-Welchol has not been studied in Fredrickson Type I, III, IV, and V dyslipidemias

The effect of Welchol on cardiovascular morbidity and mortality has not been determined.

Welchol can increase serum TG concentrations particularly when used in combination with sulfonylureas or insulin. Caution should be exercised when treating patients with TG levels >300 mg/dL.

Welchol may decrease the absorption of fatâ€soluble vitamins A, D, E, and K. Patients on vitamin supplements should take their vitamins at least 4 hours prior to Welchol. Caution should be exercised when treating patients with a susceptibility to vitamin K or fatâ€soluble vitamin deficiencies.

To avoid esophageal distress, Welchol for Oral Suspension should not be taken in its dry form.

Due to tablet size, Welchol for Oral Suspension is recommended for, but not limited to, any patient who has difficulty swallowing tablets.

In clinical trials, the adverse reactions observed in ≥2% of patients, and more commonly with Welchol than placebo, regardless of investigator assessment of causality seen in:

Postâ€marketing experience: Due to the voluntary nature of these reports it is not possible to reliably estimate frequency or establish a causal relationship:

Welchol is Pregnancy Category B.