Opportunities and Challenges for Biosimilars in the United States

There remain significant issues for biosimilars to impact the drug market in the United States.

Biosimilars have been on the market in Europe for more than 10 years. While only recently launched in the United States, biosimilars have enormous potential to save money for the overall healthcare industry and patients. Despite several FDA approvals, biosimilars have faced significant hurdles to gaining traction.

In an interview with The American Journal of Pharmacy Benefits, Dave Picard, senior vice president of Global Generic Pharmaceuticals at AmerisourceBergen, discusses where biosimilars are today and various approaches the United States could use to increase the uptake of these drugs.

AJPB: What is the current state of the biosimilars landscape?

Picard: I'd say in general, we're in the very early, embryonic stages. There's a lot that can take place and I think the market will look vastly different 3 or 5 years from now. I harken back to 1984 with Hatch-Waxman with the development of the generic marketplace. There are some analogues to be had there—it took quite a few years for generics to really take off and now, we're at something like 90% of all prescriptions are filled with generics. It’s going to be a while before that's the case with biosimilars. In the early stages, it's kind of 1 customer at a time and that's what we're starting to see now.

AJPB: Would it be beneficial for stakeholders to look at how the challenges with generics were overcome and apply that to biosimilars?

Picard: I do think there's some learnings to be had there. The biggest one might be education. There's always going to be a set of early adopters, but there are plenty of folks who are saying “well I'm going to wait and see. Let someone else try it and see how they make out. If it's all positive, then I can jump on board.”

If too many folks take that attitude, it's really going to delay the market uptake. I think education is key. It's easy for some folks to say, “watch out, they're not safe, they're not efficacious.” As they said with generics, “I would be careful taking that and would you give that to your mother?” That's the question we often heard. I think it’s the same thing with biosimilars. If the different constituents and stakeholders can get together and deliver an aligned and unified message on education, it would really help uptake both with practitioners and with patients.

AJPB: How do wholesalers view biosimilars?

Picard: As a wholesaler, we very much view this class as a separate category of drugs. They're not originator brands, but they're not generics. So, it's really a third class and we are treating them that way. To the extent that ABC [AmerisourceBergen Corporation] and the wholesalers are able to set fair market value with the manufacturers, we’re able to pass that along to the end users and customers. So, there is a benefit to be had there in terms of cost savings and maybe increased access. I don't have a number, but I do think there is some part of the population who is not getting on a drug because of the expense. Maybe that can be solved with the lower cost biosimilars.

AJPB: What are the major challenges facing biosimilars currently in the United States?

Picard: There's a few segments and regulatory is one. The pathway in the US took some time to be created—about 10 years behind Europe’s. Although the pathway exists, there are still some components which are not 100% clarified. On the regulatory front, we have draft wording on interchangeability. Interchangeability is not the be all to end all to drive this market, but specific to pharmacy benefit products, it can have a nice uptake. The whole naming convention is still a little bit confusing. That 4-alpha suffix, I'm not sure that is necessary and maybe that changes at some point. The sharing of the J-code is not seen as positive and may give some potential biosimilar entrants some anxiety about whether to put money in this space. Then there's the legal front, the patent litigation will continue. We've seen some of that today and that there are 2 FDA approvals with no launch time in sight because of litigation. The nature of these molecules, they’re high value assets for these biologic originators, it makes sense that they're going to throw a lot in the interim into intellectual property lawyers to stave off competition. It's what most people would expect. I think those are some of the bigger hurdles.

AJPB: Do you think that Europe had an easier time implementing biosimilars and getting them through the regulatory process?

Picard: The establishment of the pathway was much earlier [in Europe] and it seems like there are things that are going fairly smoothly in the different regions. Interchangeability, as a term, I don't believe exists in Europe. In practice, different countries will send out a request for pricing and it seems like whomever—the biosimilar or the originator&mdash;responds with the lowest price, that's where the market tends to lead. From that respect, I think it's a little bit cleaner and easier for biosimilars to gain share. Again, it's country dependent.

AJPB: Should the United States look to Europe for guidance about biosimilars?

Picard: I do think that the US can learn something from Europe. I'm hopeful that the FDA is at least paying attention to which manufacturers are getting products approved. There are millions of days of patient experience that have occurred in Europe that we could benefit from. It would increase a lot of folks’ comfort level to know that the same drug has been dispensed in Europe for a certain amount of time without any safety or efficacy issues.

AJPB: How do you think that the US can work to bring more biosimilars to the market?

Picard: The projects are in place—I believe there is something close to 60 biosimilar projects in various stages of development, phase 1 through filing. The basics that are necessary to show a robust market are there. Some of the things we spoke about, the regulatory pathway being further refined will help. Some of the litigation will go away as patent dates come up and expire, some of them not being not being fought in the courts, and I do think that education will help propel this market forward. As I said, there are a number of constituents who have biosimilar educational programs in place, but something more unified I think would be beneficial.

AJPB: Do you expect that biosimilars will come to the market a lot more readily in the next 5 to 10 years after this initial hurdle is gone?

Picard: I do. You know it's been a little bit of a hurry up and wait the last few years. Now there are 5 approvals, 3 I believe are on the market today. In the next couple of years, we're going to see many more. We've already seen filings for a lot of these larger oncology products that can have a drastic impact in terms of savings to the marketplace and to consumers. I do think the market will look drastically different 5 years from now. 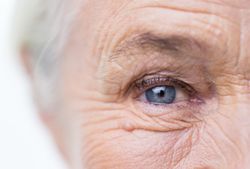 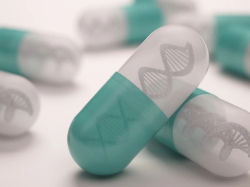