The new application for first-line use was granted priority review. For this use, Merck is seeking FDA approval to treat patients with locally advanced or metastatic urothelial cancer who are not eligible for treatment with cisplatin, according to a press release.

The second-line application was also accepted and was granted priority review designation. This application seeks approval for use in patients with progression on or after platinum-containing chemotherapy. For both applications, the target action data is June 14, 2017, according to Merck.

Keytruda was previously granted breakthrough therapy designation as a second-line treatment of patients with bladder cancer whose disease progressed on or after platinum-containing chemotherapy.

The new applications seek regulatory approval for Keytruda monotherapy administered as a 200-mg intravenous dose every 3 weeks. Merck submitted the new applications based on positive data from the phase 2 KEYNOTE-052 and phase 3 KEYNOTE-045 studies.

KEYNOTE-052 is clinical trial that is assessing Keytruda as a second-line treatment in patients who cannot receive a cisplatin-containing treatment. Merck previously announced interim results at the European Society for Medical Oncology. The investigators found that treatment with Keytruda resulted in an overall response rate of 24%.

KEYNOTE-045 is a clinical trial evaluating Keytruda as a second-line treatment compared with paclitaxel, docetaxel, or vinflunine. Although treatment with Keytruda was not seen to improve progression-free survival, it met the co-primary endpoint, which was overall survival. At the recommendation of an independent review board, the trial was stopped early.

Merck currently has the largest immunooncology clinical development program for bladder cancer, which includes 27 ongoing trials investigating Keytruda as monotherapy and as a combination treatment.

Keytruda is being assessed in more than 30 different types of cancer, and has been involved with more than 400 clinical trials. It was previously approved for melanoma, lung cancer, and head and neck cancer.

“Over the past 30 years, there have been very few clinical advances in the treatment of bladder cancer,” said Roger Dansey, MD, senior vice president and therapeutic area head, oncology late-stage development, Merck Research Laboratories. “The data with KEYTRUDA administered to patients with advanced urothelial cancer are promising, and we look forward to working with the FDA throughout the review process with the goal of bringing KEYTRUDA to patients who may benefit as quickly as possible."

Moonshot 2.0 Looks to Focus on Caregivers, Learn From Patients 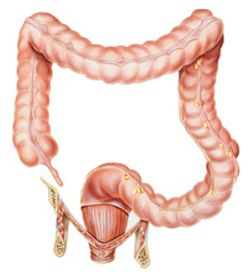